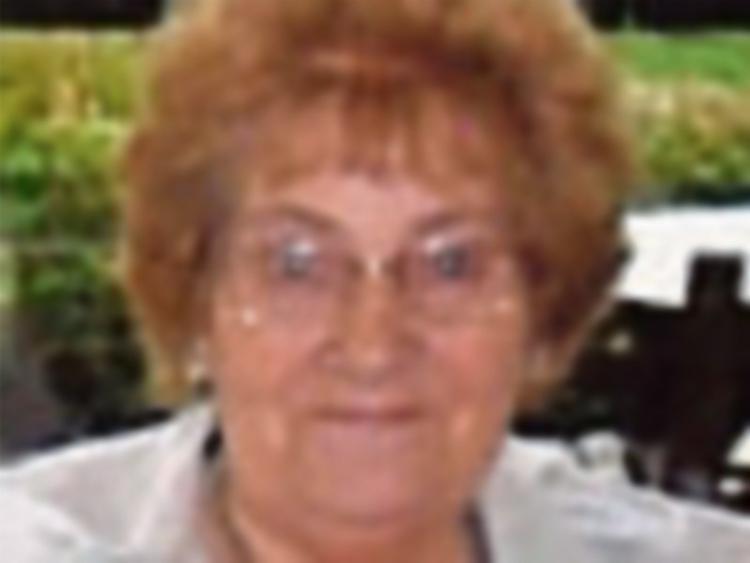 Teresa Hughes of Doolargy Avenue, Muirhevnamor who died peacefully at Our Lady of Lourdes Hospital on February 8 last was a lady who moved to Dundalk with the young members of her family to pursue a life away from the Troubles in her native Northern Ireland and made it her adopted town where she spent nearly 40 years.

She was widowed and lost her eldest son within the space of a year and a half, and was left responsible for the upbringing of her other six children , five daughters and another son, ranging in age from six upwards to teenagers who were at school.

It was a daunting and extremely sad task, but one which she had the strength of character and great intelligence to see through in a totally selfless manner, with her only concern to see her family happy and only ever wanted to give and frowned upon receiving.

Her family was the fulcrum of her life, and she loved being together with and having them around her. She adored her grandchildren, one of whom JP lives now in Australia with his wife and son and great grandchildren when they came along, and in the eyes of her family was one of the best mothers and grandmothers in the world.

She hailed from Caledon, County Tyrone, one of eight in the family of James and Teresa Halligan, comprising four sons and four daughters. Youngest brother, Kevin is her only surviving sibling.

She met with her future husband, Patrick Hughes in Armagh.

They set up home in Newry.

Then in the 80s she was beset with the double catastrophe of losing husband Patrick at the age of 34, and son Michael who was 16.

Teresa was pregnant with her youngest child, Patricia when an explosion resulted in the death of her husband. Eighteen months later Michael was fatally shot.

Teresa had a brother and sister-in-law in Dundalk, and chose to move the family to town, where she had important family support in taking care of her young family and enabled them to make many friends.

She combined the onerous role of sole parent, counsellor and housekeeper with being a market trader, selling readymade curtains at the market in the centre of town.

The family lived for a time in Bay Estate and then in Seatown before being allocated a house in Muirhevnamor where they settled. Teresa always saw to it that anything her children needed she provided. Any problems they had she supplied the wisest of counsel.

She loved gardening and at a later stage took up painting when she attended the Saint Oliver Plunkett Day Care centre. She presented her various paintings to her children and grandchildren to adorn their homes.

She maintained her ties with Northern Ireland, especially her family with weekly trips that allowed her shop and visit her daughters and sisters.

She was very active and cycled about town for her groceries.

She was struck with illness a couple of years ago only then to suffer a recurrence five months ago and needed hospital care.

She was predeceased by her sisters, Mary, Maggie and Clare, brothers, John, Jim and Vincent, along with husband, Patrick and son, Michael

After reposing at home from Thursday, Teresa was taken on Saturday to the Church of the Holy Family, Muirhevnamor. Father Jim O’Connell Adm celebrated Mass and gave the eulogy.

Gifts symbolising Teresa’s life, including her love of gardening and painting and a picture of her granddaughter, Zoey were laid before the altar by Michael, Peter and Sean.

The Readings were given by grandsons, Shane and Aaron Kelly. Granddaughter, Michaela Joyce and grandson, Peter Kerr participated in the Offertory Procession.

The music was provided by singer Paudie Breen and organist Anne Quinn.

A tribute written by daughter, Patricia was read by Rachel Sherry and a poem was read by great granddaughter, Ella McCorry.

Month’s Mind Mass Sunday, March 12 in the Holy Family Church at 11am