Ted was a devoted father who enjoyed to travel 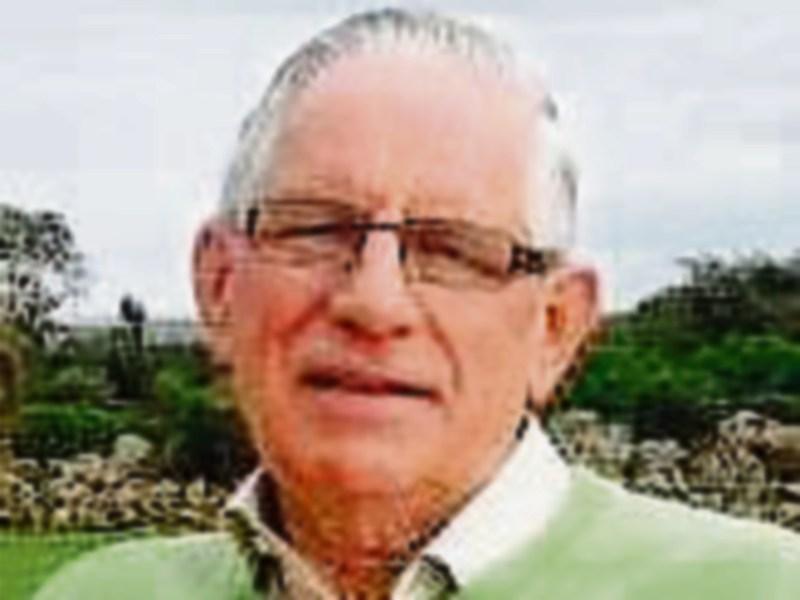 It was with great shock and sadness that the sudden death was received of Ted (Edward) Corcoran, of 12 Ashgrove, Bay Estate, Dundalk, in the Beacon hospital on Sunday, February 19, 2017, following a short illness.

A native of Ballaghadereen, County Roscommon, Ted was born in 1932 to the late Annie and John Corcoran.

He moved to America in 1955, and was drafted into the American army in which he served briefly.

It was while living in America that Ted met his beloved wife Bridie (nee Rafferty), originally from Kingscourt, Count. Cavan.

They owned and ran a successful bar in New Jersey. This was Ted’s first business venture.

Ted and Bridie married in 1959, and children soon followed, six daughters and one son, and 18 grandchildren.

The Corcoran family returned to Ireland in 1975, and initially lived in Carrickmacross. They then moved to Dundalk and settled in Bay Estate.

Ted was a very hard-working man with tremendous business acumen, successfully setting up several shops around Dundalk in the 1980s, and a restaurant in Carrickmacross. He amassed an impressive property portfolio which he tended to right up until his untimely death.

Ted was a very devoted father. He loved nothing more than gardening, spending time with his family and travelling regularly between Ireland and America to fulfil his devotion to his children and grandchildren.

This particular attribute was recognised in the gifts presented at his funeral Mass, one in particular, a photo frame entitled ‘My Hero’. A real hero he was to his wife, children and grandchildren. An ordinary man who found the strength to persevere and endure in spite of overwhelming circumstances and tragedy.

Ted lived life to the fullest; he appreciated life and all its complexities after witnessing tragedy first-hand with the loss of his precious daughters, Cathy in 1983 and Kellyann in 2000.

Despite experiencing such tragedy, Ted carried on with such dignity and grace and remained spiritual and positive. He continued to be a pillar of strength to his family in the years that ensued.

His friendliness and kindness to all who knew and met him, as well as his devotion and love for his family, was particularly noted during his funeral Mass.

As the funeral Mass was a celebration of Ted's life, it commenced with a presentation by his granddaughters of symbols that represented Ted's life.

Cailín Carr brought up a photo frame of ‘My Hero’ which she once gifted him. This was followed by Ashling Carr, who presented a picture of a young handsome officer, taken after he was drafted into the American army in 1956. Then, a beautiful wedding photograph of Ted and Bridie, taken in July 1959, presented by Fiona Farnon, which represented their devotion to each other. Katelyn Farnon and Kelly Farnon presented photographs of his two beautiful daughters, Cathy and Kellyann R.I.P, and finally Tracey Carr brought up a roll of hardware tape that represented the ‘DIY Ted’ that the family all knew and loved so dearly.

The Readings were given by his grandsons, Conor Moran and Jimmy Carr. The Prayers of the Faithful were led by Siobhan Moran, Peter Moran, Colleen Farnon, Brian Corcoran and Lisa Farnon.

The Offertory gifts were taken up by Sarah and Ryan Lowndes. His daughters, Bridget Lowndes and Caroline Moran delivered a heartfelt eulogy of their adored father and also paid tribute to their wonderful mother.

The excellent music was provided by Ruth and Paddy Kelly.

Prayers at the graveside were led by Fr Stanley SM.

Mr Michael Curran recited a decade of the Rosary.

Ted's Month’s Mind Mass will take place on Sunday, 26 March, at 11am in Holy Family Church.

The family wish to thank the many people who sympathised, called or who helped them in anyway with their great loss. The Corcoran family would also like to thank McGeoughs Funeral Home. The Holy Sacrifice of the Mass will be offered for their intentions. May his gentle soul rest in peace.