The shooting of a man on Park Street in Dundalk 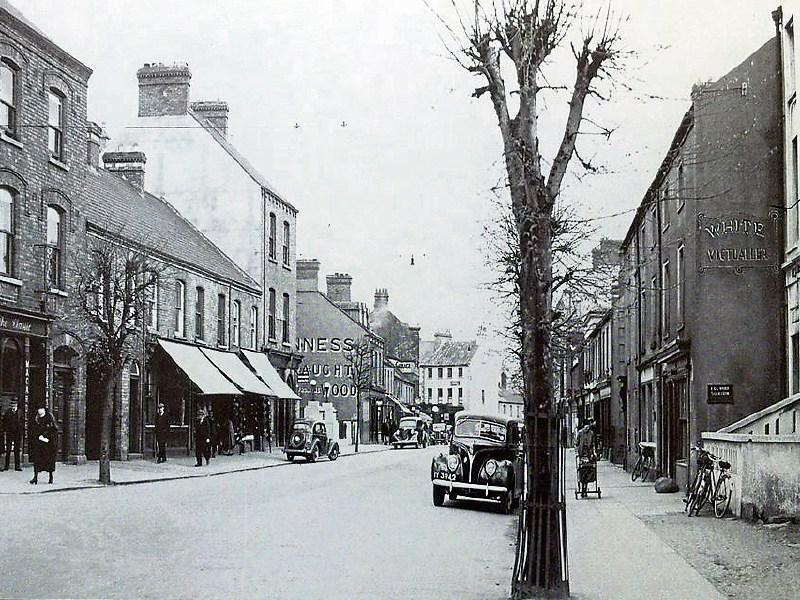 Some weeks ago I had a question in my Question Time column about the policing of Dundalk over a period of nearly 200 years and I had written that I believed that the Irish Constabulary (later to become the Royal Irish Constabulary) had first come to town in about 1836 and had established a barracks at Crowe Street.

Since then I have been sent a copy of a report which appeared in a newspaper called 'The Newry Commercial Telegraph', dated Friday February 17, 1832, which seems to indicate that there was police in Dundalk from the early 1820s.

The report was about a man named James Carragher being shot and killed in the Park Street area on the previous Monday night, February 13, by a policeman named William McMemony who was stationed a Knockbridge. The report does not say 'Park Street' but refers to the street as being in the 'Upper End' which was the old name for Park Street. The lengthy article is slightly confusing and does not really reveal the cause of the incident but it does state that the man who was shot was a 'Roman Catholic' and that the person who shot him was a 'Protestant' and invites readers to draw their own conclusions.

That in itself was surprising to me because I had believed that the passing of the Catholic Emancipation Act in 1829 had ended much of the tensions arising from the Penal Laws in Ireland. A little research, however, revealed that the shooting had occurred about the start of what were known as the 'Tithe Wars' in Ireland between 1830 and 1838. When I was at school little or nothing was taught to us about this sectarian conflict of the nineteenth century which really did not end until the Disestablishment of the Church of Ireland in 1869. Something the same as the history of our country after 1916 was not talked about and taught in schools until very recently!

Some of my readers will probably know a lot more about the Tithe Wars that I did but, for those, like me, who don't, they were as a result of a movement after Emancipation which called for civil disobedience to prevent the enforcement of laws requiring Roman Catholics to pay tithes for the upkeep of the Established Church of Ireland. These tithes were ten percent of the profits on the sale of certain goods, such as cattle, and seems to have mostly effected better off Catholic farmers and merchants. The movement was intended to be non-violent but occasionally trouble did flare up in Irish towns, particularly after local magistrates seized livestock belonging to a parish priest in County Kilkenny in December 1831. The Liberator, Daniel O'Connell, was involved for the defence in a number of trials, as were secret societies.

There is no mention of this in the Newry paper of 1832 but it is hinted at in a report of the funeral of James Carragher which states that there was large crowd in attendance and the men at it wore 'crimson cockades' in their hats which 'everyone in Dundalk understood to indicate 'blood' and 'revenge'.

An inquest into the death of Carragher was held in the Courthouse at Dundalk before --- 'John Byrne, Coroner and a respectable Jury'. As I have stated, the evidence reported is confusing but the Verdict given was --- 'The deceased James Carragher came by his death in consequences of a gun-shot wound, above the groin which came out the back and was inflicted by Sub-constable William McMemony on the night of Monday the 13th February in the town of Dundalk and which caused instant death'.

It does not say if McMemony was ever tried for the killing but a police Sub-Inspector Edward Jenkins gave evidence to the Inquest that McMemony was was charged 'with the shooting of him'. One of the puzzling statements this police inspector gave was that he had examined a carbine 'which appeared to have been recently discharged was (belonging to) Sergeant Owens who had come in from Knockbridge and was in the company of McMemony'.

Does this mean that William McMemony was 'taking the fall' for another police officer?

Whatever the truth of the affair, one of the things that emerges from the story is that there were armed police patrolling the the streets of Irish towns before the all-Ireland Irish Constabulary were established in 1836. The explanation for this is that there was a regional County Constabulary established in 1822 to take the place of Robert Peel's Peace Preservation Force which had been established in Ireland in 1814 and played a part in the 'Wild Goose Lodge' investigations. The County constables were under the control of the local magistrates and were stationed in various barracks around the countryside. Where exactly their barracks was in Dundalk in not stated but it seems to have been somewhere near Park Street as the two constables seem to have been bringing a prisoner into town from Knockbridge when they were confronted by a number of protestors.

A thought that has occurred to me is that the centre of Dundalk must must have been pretty dark on that night in early 1832. There was no public gas lighting until much later, although the Select Vestry did have oil lighting erected as early as 1812. This might explain the confusion as to what happened on that night. It may also have given rise to some local stories about ghosts haunting the town after the hours of darkness!

It is a good story that might deserve studying by some young budding play-write or novelist!