Gerard Rice was a wonderful husband and father 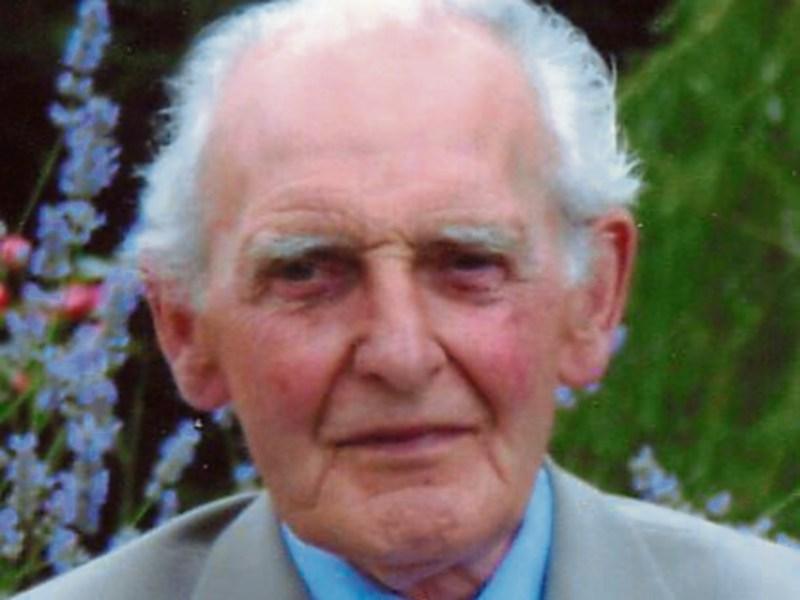 The death took place on January 21, 2017 of Gerard Rice, 91 Cloneen Drive, Ard-Easmuinn. Gerard died peacefully after a short illness, surrounded by his family, in Our Lady of Lourdes Hospital, Drogheda.

A country man at heart, Gerard served his time with Corry & Wells upon leaving school, and later qualified as an engineer, having attended night school for four years.

He was delighted to take up the position of Marine Engineer Officer with B & I, where he would serve until his retirement.

A truly gifted engineer with an unparalleled work ethic, Gerard was responsible for the lives and safety of passengers and crew alike, and his colleagues held him in high esteem for the selfless dedication he showed and for the integrity and honour he brought to the position he held.

With a natural ability at problem solving under pressure, Gerard’s skill and conscientiousness meant that he was always ‘A’ Team material, which saw him chosen on many occasions to accompany new ships back to Ireland from other countries, including Nova Scotia in Canada and Münster in Germany.

When Gerard met his beloved wife Dympna it was love at first sight. Dympna and their seven children were his life and he was a devoted father – he delighted totally in the achievements and successes of his children.

He had a real love of the sea and of boating, and instilled in his sons his own love of fishing and shooting, and these were never mere pursuits or hobbies but a real part of who he was at his core and a means of sustaining his family.

As a child, he possessed a wonderful soprano voice and later a truly fine baritone. ‘Some Enchanted Evening’ was his song of choice, performed at every family occasion.

His children and grandchildren were lucky enough to inherit his great musical talent, and from their earliest years were acutely aware that there was, in fact, nothing their father couldn’t do, fix, make, plumb, build, install or even cook.

He was inventive and capable, a self-taught piano player, and in Gerard’s world, everything had a purpose.

The game of chess is something he excelled at, having been taught to play by the captain of his first ship. During the funeral Mass two chess pieces, the King and the Queen were brought to the altar, and the King was placed lying flat indicating the end of the game.

Many years after retiring, Gerard took up a post in National Pen, and the contribution he made there was truly significant and the affection and respect shown by colleagues on hearing of his death was greatly appreciated by the family.

The immense love and affection he felt for his only sister Christine sustained him throughout his life, and Christine travelled from abroad to attend the funeral along with family friend Alison.

During the time Gerard spent in Our Lady of Lourdes Hospital his family were most grateful for the kind, compassionate and tender care he received there.

After reposing at his home for two days, the family were also greatly heartened by the amount of people who called to his home, the messages, cards and gifts and generosity of friends and neighbours alike.

Gerard’s family walked with the cortège the short distance from his home in Ard Easmuinn to the Church of the Holy Redeemer, where Mass was concelebrated by The Very Rev. Paul Montague Adm, Redeemer Parish and by the Very Rev. Thomas Griffin, Faughart Parish.

The Readings were given by Gerard’s son Colm and daughter Una and the Prayers of the Faithful were led by his grandchildren Aaryanna, Darragh, Jasmine, Gabriel, Jessica, Lorcan and Jonathan.

The music was provided by Gerard’s daughters Órlaith, Déirdre and Una and the closing song was Gerard’s own ‘Some Enchanted Evening’ accompanied by Olivia Finnegan.

The Offertory gifts were taken up by Gerard’s wife Dympna and daughter-in-law Brenda.

The beautiful Reflection was delivered by Gerard’s grandson Jason and Gerard’s daughter Deirdre delivered the Eulogy.

Memorabilia of Gerard’s life were presented by his grandchildren and the commentary by son-in-law Declan.

Gerard’s favourite yellow daisies were supplied by his children and donations were kindly made to the RNLI.