Philomena always had time for her friends 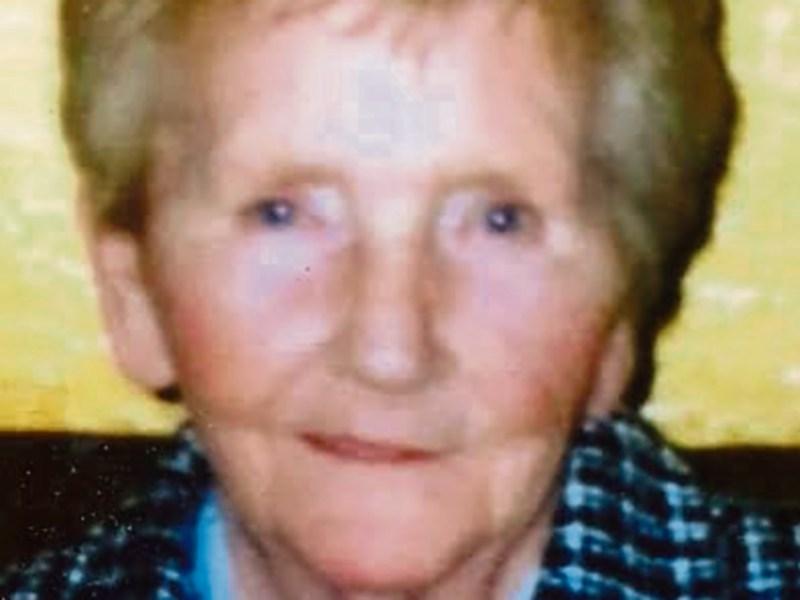 She passed away peacefully at home on January 18, 2017, surrounded by her family.

A daughter of the late Anita and Thomas Woods, she was originally from Cortial, Kilkerley and was educated in Kilkerley NS.

Philomena worked in Belfast initially, where she married Peter Jones, who hailed from Channonrock, Louth.

They returned to settle in Dundalk, and for a short time, Philomena worked in Ecco.

The couple had five children, one daughter and four sons. Sadly, one of the boys, Francis, died aged just three.

While his passing greatly affected her, Philomena got on with things to raise her family.

She enjoyed her garden and the flowers, and liked nothing better than having a chat with her neighbours.

Indeed, Philomena loved spinning a good yarn, and was happy in the company of others.

As a member of the local senior citizens’ club, she liked dancing and trips away to places such as Mornington in County Meath.

Philomena also enjoyed a game of bingo, and taking photographs of places of interest when out with friends.

Her husband, Peter, died in 2012. When she became unwell, she was lovingly cared for at home by her daughter, Philomena and son, Thomas, with her other sons, Peter and Anthony, also helping out whenever they could.

After reposing at home, her remains were removed to the Church of the Holy Redeemer, where the funeral Mass was celebrated by parish administrator, Fr. Paul Montague.

Readings were given by grandson, Conor and friend, Nicole Moore. The Prayers of the Faithful were led by nieces, Anne Cowan and Barbara McGahon, grandniece, Patricia Duffy and grandnephew, Declan Woods.

Gifts symbolising Philomena’s life, a blanket, radio, her glasses and picture of her and husband, Peter, were brought to the altar by sons, Anthony and Thomas and grandsons, Shane and Alan.

Daughter, Philomena and daughter-in-law, Aisling, participated in the Offertory Procession.

Music was provided by Roisin Crawley and Louise Finnegan.