Helen had a love for her native Cooley 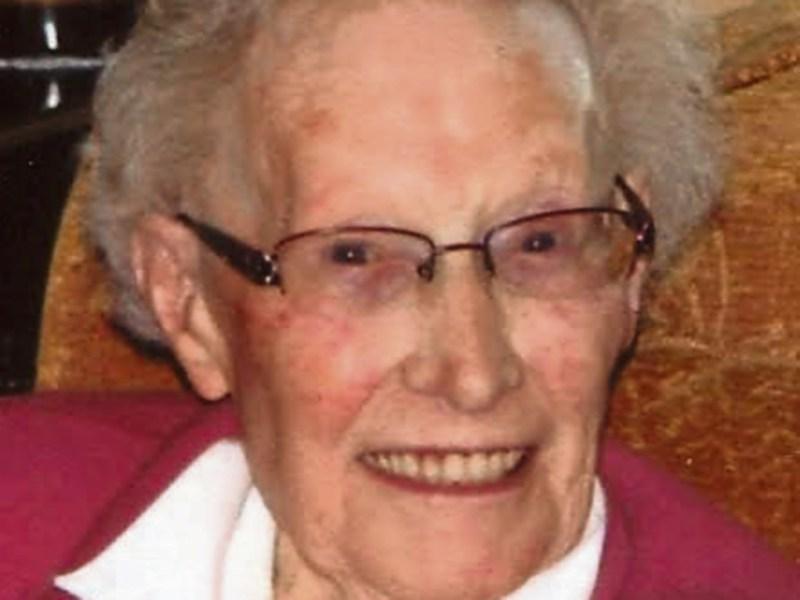 Helen Campbell, whose death took place at her residence, Lower Rath, Riverstown, on January 27, 2017, was one of the Cooley Peninsula's oldest residents.

Born in 1921, she was the last surviving of eight children of the late Joseph and Mary Donnelly, and was aged 95 at the time of her passing.

A lady whose family and deep faith were extremely important to her, Helen also loved her native Cooley.

She was originally from Glenmore, and attended Mullaghbuoy National School before going north to work in hotels in Bangor and Belfast.

Helen subsequently moved to Drogheda where, with her sister, Margaret, ran their own business, the Glenmorgan Café.

In 1957, she married Matt Campbell, from Lower Rath, Riverstown, and for a short time continued to run the café.

The couple had three children. Sadly, Matt died in 1984, and just two years later, their only son, Michael, also passed away.

It was a combination of Helen’s religious devotion and her love of reading which helped her stay strong at that difficult time.

A daily Mass-goer for as long as she could, Helen was active throughout her life, helping her husband with their market gardening business growing, amongst other things, cabbage plants and strawberries.

She also enjoyed working in her glasshouse, where she spent many happy hours growing flowers, vegetables and her favourite - tomatoes. In recent times when she was unable to get out to her glasshouse she still maintained a strong interest in her plants.

Handcrafts, such as knitting and sewing, were other big interests of Helen’s. She also took every opportunity to get out and about with family and friends.

She kept her mind active by watching quizs and current affairs programmes and was a keen reader of books and papers.

Helen took up painting when aged around 80, and this was another pursuit from which she derived great pleasure.

She enjoyed socialising in Rath Abbey, the community hall beside Saint James’ Church in Grange, and throughout her life, her Glenmore roots remained very important to her. She loved the area.

Helen will also be remembered as a lady with a ready laugh. Everybody got a big smile.

She was predeceased by her husband, Matt, son, Michael, sisters, Mary, Bridgie, Rose, Margaret and Theresa, who died in infancy and brothers, John and Josie.

After reposing at home, as per her wishes, Helen’s remains were removed to St. James’ Church on the Saturday evening.

Readings were given by Caroline Hughes and Deirdre Campbell, and the Prayers of the Faithful led by David Campbell.

At the altar, gifts symbolising Helen’s life included one of her paintings, her prayer book, a family photo and her sewing machine.

Her daughters, Patricia and Margaret participated in the Offertory Procession.

Music was provided by Carmel Rice and Fidelma Bellew.