Raising the profile of women's football in Dundalk 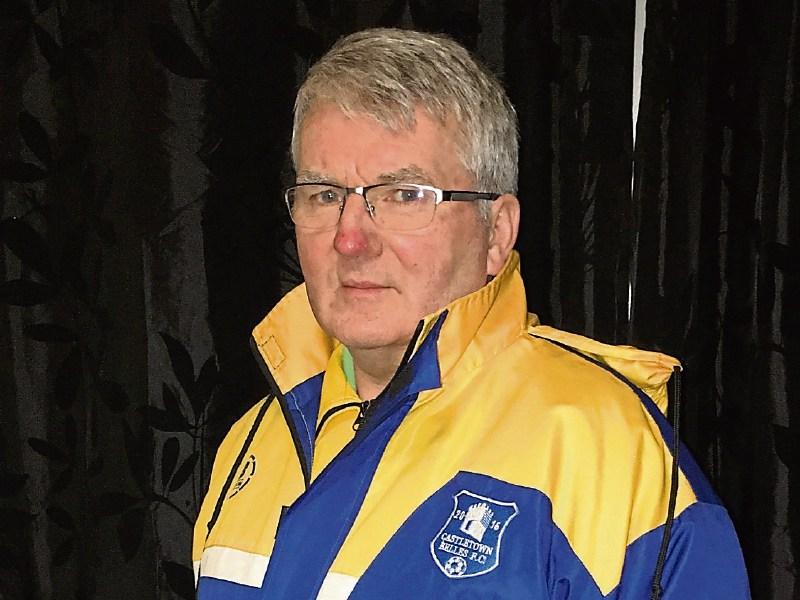 It has been a hot topic for many, not only in Ireland, but in Dundalk too, and it is no surprise that the lack of funds that are put into women's football teams is still something that is up for heated discussion.

With some not taking women's football seriously it can be extremely hard for those who do to successfully establish a team to help promote the game further. Many girls are left with no other choice but to give up on their aspirations at the age of thirteen - with that being the oldest age girls are allowed to play among boys.

This then leaves girls out in the cold,as the opportunity is not always there to continue to play with an all-girls football team as they are scarce in numbers around many areas of Ireland.

Luckily for young girls and women in the Dundalk area this is not the case.

In recent years Dundalk has seen a rise in popularity in the sport for women, with there now being two football teams in the local area associated with women's football: Dundalk Ladies FC and the recently formed Castletown Belles.

Both teams have attracted major interest from women young and old with both teams playing and training all year round.

I sat down with both managers - Niall Gallagher (Castletown Belles F.C) and Dave Carraher (Dundalk Ladies FC) - to hear why they chose to get involved in women's football and discuss their views on the way it is organised today.

Both men have long histories with regards to football, with Niall having over 29 years of experience in managing, coaching and also being a chairperson for a club. Niall first became part of a women's football team when he set up Castletown Celtic FC in 1988.

When asked what was his reason for setting up this club he said there was simply a high demand for women's football in the area. He continued on with this club until deciding to bring his team to Oriel Park where they became known as Dundalk City FC.

This proved to be a very successful choice on his behalf with the team becoming F.A.I winners in 2005 and also playing in the Champions League in 2006. Niall made a decision to leave the club a few years later feeling that "after several years my outlook on how a club should be operated was no longer value.” Niall did not stay away from women's football for too long though as he made a return to his roots and Castletown Belles was formed.

Dave Carraher first started out as a player himself for Vauxhall FC in England until an injury forced him to hang up his boots and find a new calling, which came to him in the form of coaching.

Barely a year after his injury and unable to work, Dave took the opportunity to get his coaching badges and started off by managing a factory team in the UK, who went on to win the league that very same year.

Unfortunately, the factory itself closed down the following year and this was the end of the football team. This ultimately led Dave to return back to his home in Ireland. Opportunity then arose again for Dave to get involved with coaching when his daughters joined the Dundalk U12's girls team. The advice which Dave was giving his daughters on how to improve at the game was recognised by other coaches, as was the fact that he had a good wealth of knowledge on the game and he was asked to help out with coaching the team. This was only the beginning of his involvement in women's football with Dundalk Ladies F.C.

I asked both Niall and Dave a series of questions that tend to arise from women's football and they both had strong opinions on topics including discrimination, intermixed football and the changes they would like to see.

When Niall was asked if he felt men and women's football should be joined his answer was short and direct, "in a word, no", whereas Dave's answer differed very much.

"I have no objections to soccer being intermixed as there are a lot of talented ladies out there who could hold their own on a soccer pitch with men".

Discrimination is something that is evident in any sport for both genders but it is blatantly seen within women's football.

One question to both men centred on whether they feel there will ever come a day where discrimination isn't seen in women's football?

Dave thought this was a long way off. "I think there will always be discrimination in ladies soccer as I cannot see ladies getting the same rewards as their male counterparts, especially in the wage department.”

Niall still holds onto the possibility of the idea. "I hope so, I have seen for myself that players from ladies teams can be treated unfairly and secondary to their male counterparts. This can and should be helped by taking a stand like we have done in the past and will continue to do. As long as the structure of a club is upheld and treated with respect by those people involved and on the outside, ladies soccer will go from strength to strength".

A last question for the two managers was if they could change one thing about women's football what would it be?

Dave had a few changes he would like to see happen. "I would like to see better pitches provided as, at the moment, they seem to be pushed down the pecking order when it comes to pitch time. I also feel referees are too reluctant to give a red card to ladies; the contests should be refereed to the same standard as men's league".

Niall had a different opinion on what he would like to see changed in women's football. When asked he said "more focus on the game and to get spoken about as purely footballers and not female footballers".

Both men had plenty more to say about different matters relating to football, with Dave wanting to "see it being promoted through schools at an early age which would feed through to the ladies in years to come to keep promoting the supply of talented players to the club. This would allow the team to grow and hopefully taste European football again".

Niall added a strong opinion which he holds about women's football clubs: "I personally feel that ladies clubs should be independent from boys/men's clubs and stand on their own identity.

“This would stop any notion of male teams thinking they are superior to female ones and in the process build confidence to young players which in turn breathes it's own success".