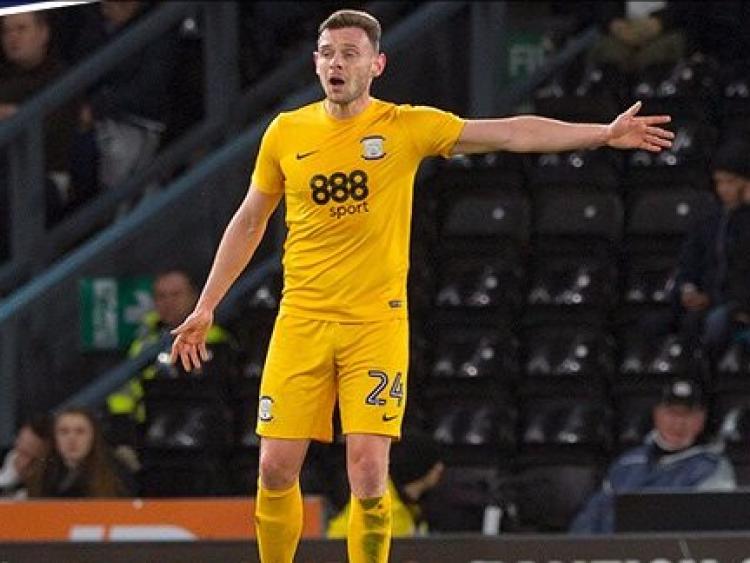 It may have come later than he hoped, but former Dundalk defender Andy Boyle made his debut for Preston North End on Tuesday night.

The 26-year-old joined The Championship side with Daryl Horgan after impressing for Dundalk last season. The defender has had to bide his time at Deepdale, making his debut two months to the day after Horgan came off the bench in a FA Cup game against Arsenal.

Boyle started the game, away to Derby County, alongside Paul Huntington as Simon Grayson's side drew 1-1 at Pride Park. The Dubliner spent seven games on Preston's bench as an unused substitute before making his debut. 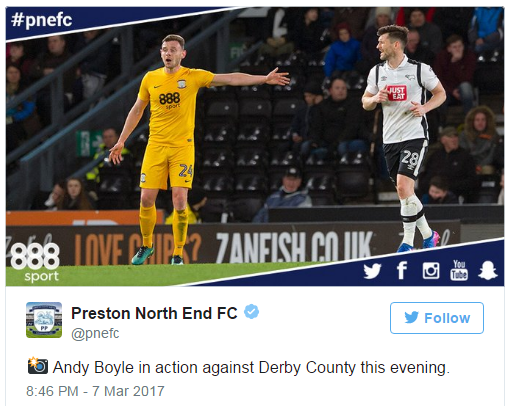 For the first time since the FAI Cup Final, Boyle and Horgan played together, with the Galway winger playing the last 30 minutes of the game. Horgan's introduction meant the Preston ended the game with four Irish players on the pitch including Greg Cunningham and Aiden McGeady.

"I've waited a while but I can't have any complaints as the lads have been doing really well and it's difficult to get into the team," says Andy.

"I've been looking forward to this moment since I signed. I thought I did okay - It would have been nice to keep a clean sheet but a point is the main thing and that keeps us going.

Boyle added that he only found out about making his debut when he arrived at the stadium.

"I found out an hour and a half before kick-off so it was a late enough one but we'd done plenty of work in preparation in our shape and things like that. You have to be ready for these types of occasions when they're brought upon you."

With ten games left in the season, Preston are in ninth place, ten points outside the play off spots.