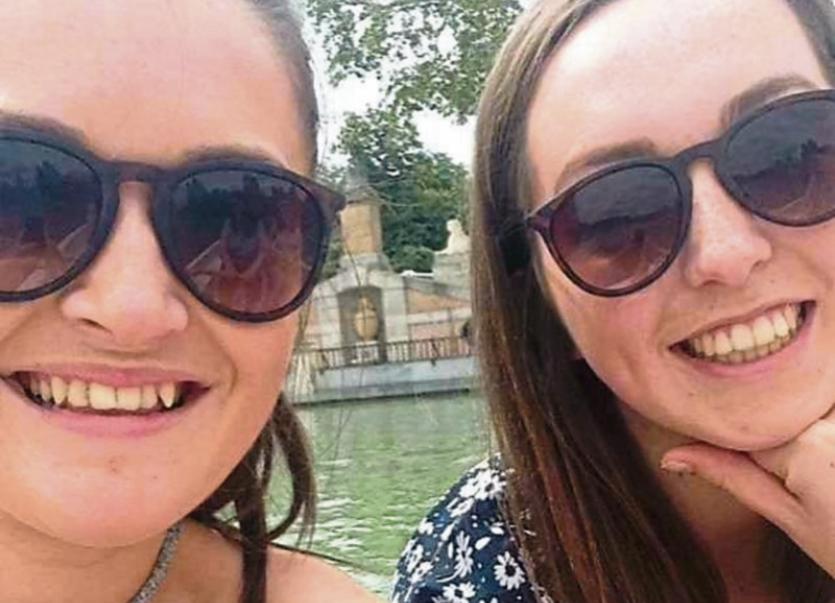 Jailbreak, which is now in its fifth year, is a 36-hour race which sees teams of two escape from their starting point in Dublin in search of a mystery location.

Although the target destination is revealed over the course of the competition, teams may not spend any of their own money in order to get there.

The race gets under way this Saturday (March 11th) and local pair Ailsa McGuinness and Tess McGlynn, both from Kilkerley, are seeking your support.

“We are currently trying to raise two types of donation; those which are submitted in our name to Amnesty International and SVP, and then donations by companies towards our travel fund.

“The team which can raise the most money for those charities will also get a headstart in the race so we would be really appreciative of any sponsorship or corporate support from local businesses.

“In terms of funding our own trip, we had an event in Toale's last month which was really well-supported and we're extremely thankful for all of the help thus far.

“If people want to donate to the charities in our name they should go to jailbreakrace.com, select 'teams' and then click on 'Tess and Ailsa'.

“Likewise, if any company or business out there wants to sponsor us the cost of a flight or a ferry they should search 'Tess and Ailsa Jailbreak 2017' on Facebook and get in touch.”

Over the course of the last four years, Jailbreak has grown exponentially, encompassing several colleges across Ireland and seeing a massive increase in the number of teams participating. In all, the initiative has raised over €165,000 since its inception.

The first Jailbreak was set up in 2013 by a number of student societies in Trinity College Dublin.

TCD Law Society then joined forces to track 60 students as they raced as far away as possible from Trinity Campus in a 36-hour dash across the globe. The competition was an unprecedented success raising over €11,000 for Amnesty International and St. Vincent de Paul, with the winning team getting to Buenos Aires in Argentina.

JB14 saw over 100 contestants “escape” from the launch location in Kilmainham Gaol to race to other side of the world in less than 36 hours.

The winners were found in Sydney, with runners-up getting as far away as Singapore, Hawaii, and Dubai. In total, that year’s competition raised over €40,000.

The competition continued to grow in 2015, expanding to a total of seven higher level institutions, thus making the competition a truly national event.

In order to continue the momentum from the previous years the competition was remodelled into a rat race to a secret finish line.

The finish line, Code-named “Location X”, was gradually revealed to the public over the weekend through a number of clues posted on social media.

JB15 was an even greater success, raising over €65,000, with over 10 teams reaching Location X, revealed as the iconic castle in Lake Bled Slovenia, within the 36 hours.

In 2016, Jailbreak saw over 100 teams race toward Krakow, stopping along the way in Warsaw and raising over €50,000 for Amnesty and SVP. Jailbreak 2016 was also TCD Law Soc’s last year participating in Jailbreak.

For further information on the race itself, and to donate in Tess and Ailsa's name, simply head to jailbreakrace.com and search for them in the 'Teams' section.

Alternatively, you can donate directly by visiting gofundme.com/tessailsa-jailbreak-svp-amnesty

The pair can also be found on Facebook through 'Tess and Ailsa JailBreak 2017',