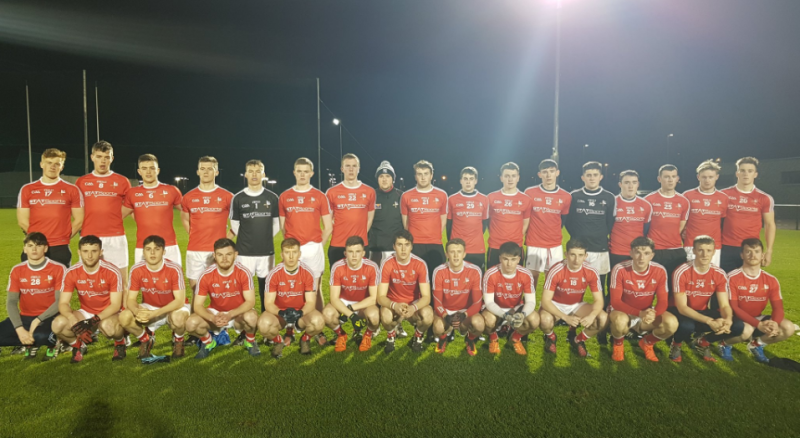 It was another good night for Louth football as the U21s claimed victory in the EirGrid Leinster football championship.

After last week’s encounter was postponed due to an unplayable pitch in Baltinglass, the Louth and Wicklow teams moved to Abbottstown last night with the Wee County claiming a 1-13 to 0-9 success in their first round tie. 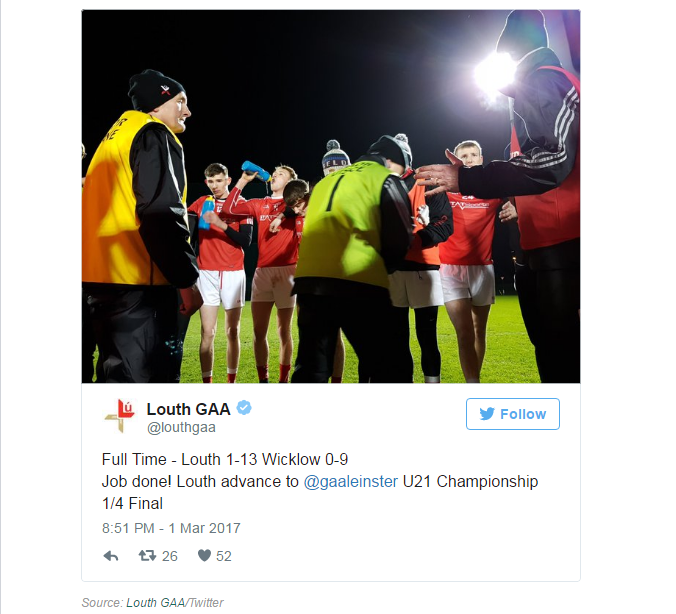 Ross Nally hit the only goal of the game in the 22nd minute for Louth while the point-taking of senior forward Ryan Burns was always pivotal to securing this success and setting up a quarter-final clash with Laois.

Wicklow had been in front 0-5 to 0-1 in the early stages yet Louth responded to be in front by 1-5 to 0-5 at the break. In the second half there were points from Burns, Nally and Ciaran Downey as Louth pulled clear. 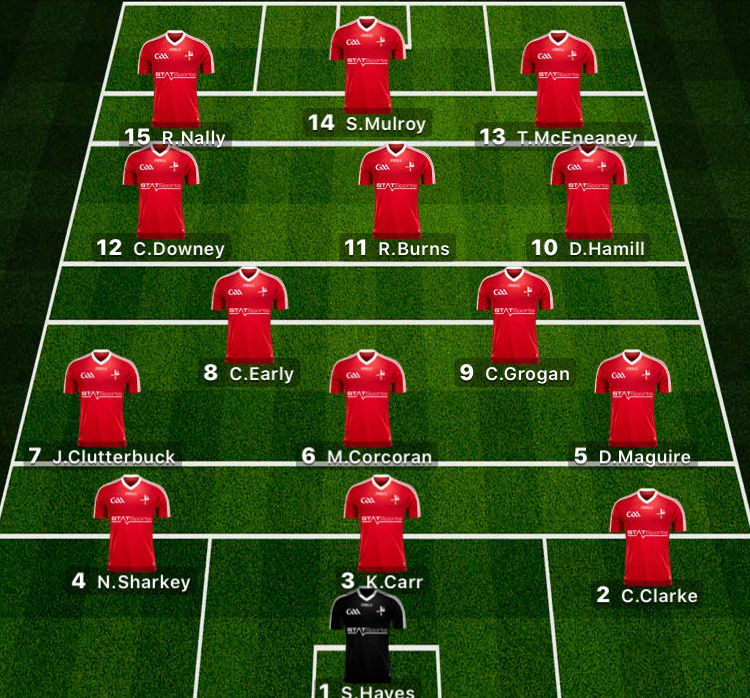