St Patrick's GFC was a huge part of his life 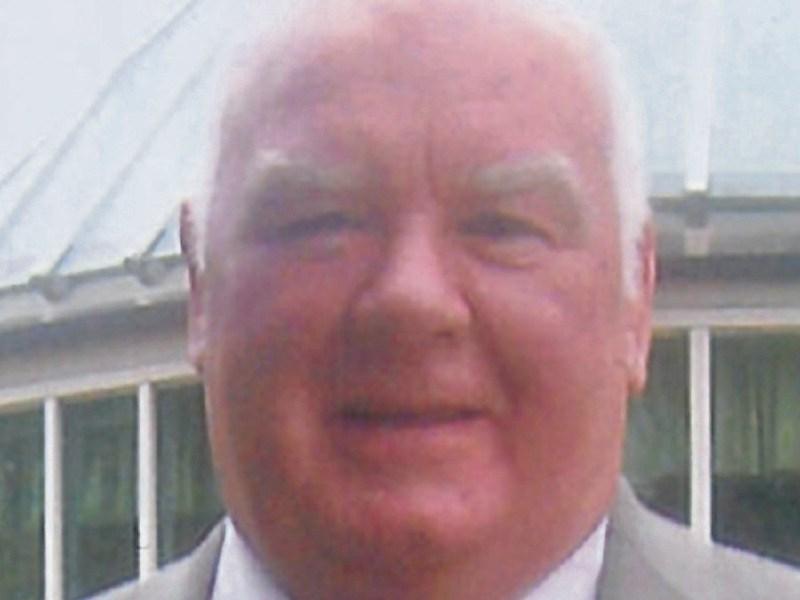 Sean O’Hanlon who died peacefully on January 19 last was born and reared and lived all his life in Annaloughan, residing in his family home all of his 73 years.

His wife and family and Saint Patrick’s GFC were the centrepieces of his life, and while possessed with a burning competitive streak that enabled him excel at an array of sports, most notably draughts, he was acknowledged as a pure gentleman who had a very quiet nature and never smoke or drank.

He only saw the good in people and a glowing example of how that was reciprocated was through the illness of his wife his work colleagues to a man rallied behind him to allow him stay at home to take care of her.

He was one of four children, comprising two sons and two daughters of the late Molly and Billy O’Hanlon. Sister, Mary died at a young age and he was also predeceased by his brother, Stephen, with Kitty who resides in Plymouth the only surviving sibling.

He attended primary school in Lordship before undertaking his secondary education in Bush Tech.

His working days were spent between GEC in Dunleer, McArdles coachbuilders in Dundalk and lastly Panpak in Greenore.

He was an accomplished all round sportsman, with his first allegiance to his local gaelic club Saint Patricks to whom he was a clubman through and through. He was a player and also served the club as a manager, in both of which roles he enjoyed success.

He had a burning desire to win, and at draughts he was invincible, with a great love for the game that he played during breaks at work, making improvised boards from cardboard and using nuts and bolts as the draughts. His sporting prowess also extended to snooker, pitch and putt and indoor bowls, and he was a very astute poker player.

The most important part of his life was built from the relationship that he formed with his wife, Rosaleen Holmes who hailed from nearby Mountbagnal. The couple met at a ceili in the old hall in Lordship.

They settled into married life in Sean’s family home, which he renovated and refurbished when they married in 1977. They were blessed with two children, Gavin and Grace. Very sadly Rosaleen passed away in 2002, and it was such a shattering blow to Sean that he quit work.

He died surrounded by his loving family in the tender and dedicated care of the staff of Our Lady of Lourdes Hospital.

After reposing at the residence of his daughter at Chapel View, Louth Village and following prayers led by Fr. Sean McArdle, Sean was taken to St. Mary's Church, Lordship where a large gathering representing St. Patrick’s GFC formed a guard of honour from the club to the Church.

The Readings were given by Sinead McArdle, Ellen Cadden and Kieran O’Connor, while the Prayers of the Faithful were led by Padraig O’Connor and Bernard O’Rourke.

The Offertory Gifts were presented at the altar by Maureen Callan, Catherine McGivern, Anne Toner and Sinead Loughran.

The music was provided by singer, Sinead O’Callaghan and organist, Olivia Finnegan.

Sean’s family are very grateful for all the help and support shown to them at Sean’s passing and wish to express sincere thanks to everyone who helped in any way.