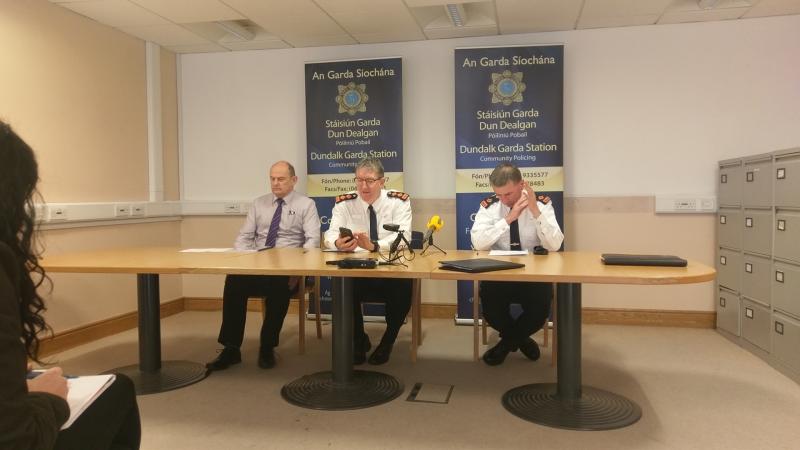 Gardaí have arrested 13 people today and plan to arrest as many as 17 more over the next 48 hours as part of an unprecedented operations against drug dealers in Dundalk.

The 13 arrested include men, women and juvenile person suspected of being involved in supplying drugs - specifically heroin, cannabis and "benzos".

At a specially convened press conference at Dundalk Garda Station this afternoon, Louth's top brass described how Phase 1 of Operation Varlet which seeks tp put a massive dent in the sale and supply of drugs locally.

Chief Superintendent Sean Ward of the Louth Division said that it was 'significant' operation which has been 10 months in the making included local Gardaí, members of the Regional Support Unit and the Drugs and Organised Crime Unit.

The intelligence lead operation included both covert and overt elements, and was described being a response to 'misery' and 'havoc wreaked' by the drugs trade.

The operation is also linked to Operation Scale, which was established in the wake of the tragic murder of Garda Tony Golden, and was concerned with the prosecution of persons involved at a various levels of the drug trade.

Those arrested will appear before court next week.