Carlingford gets glowing review in the Examiner 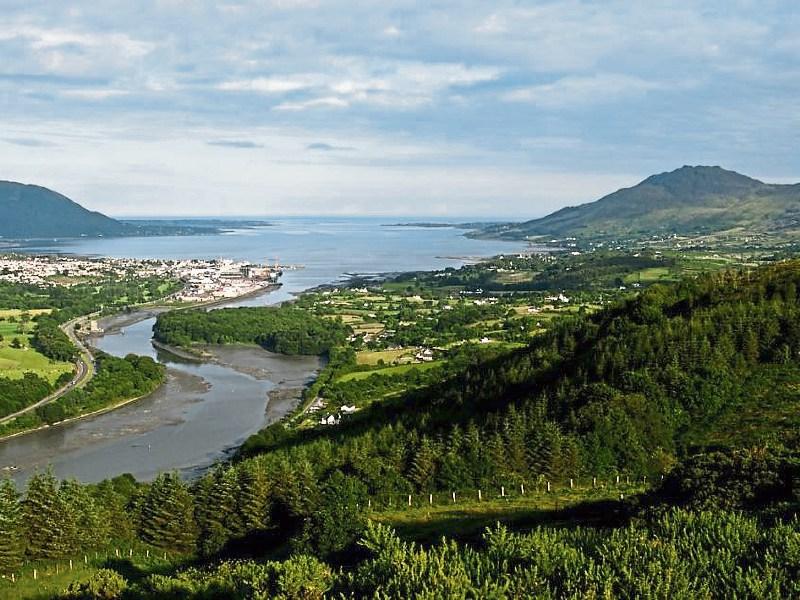 CARLINGFORD received a glowing review in The Irish Examiner having impressed journalist Eoin English during his recent family holiday. Describing the village as the perfect base from which to explore Ireland’s Ancient East, English found fun for all the family.

“The town’s rich history is still very evident today along its winding streets, with our tour taking in the Holy Trinity Church, which is now a heritage centre, the magnificently preserved ruins of the 13th century Dominican Friary, and bringing us right to the foot of the castle ramparts’.

“With hanging baskets bursting with gorgeous floral displays, and the intoxicating aromas of cooking food scenting the air of the pretty cobbled lanes, this is a part of the town that needs to be savoured’.

Equally as impressive, according to English were the Oysters at the Bay Tree Restaurant.

The Bay Tree restaurant, tucked away on Newry St, is owned and run by chef Conor Woods, who sources his beef, fish, lamb, chicken, and duck from local producers, and who grows his own salad and vegetables in a polytunnel to the rear of the restaurant.

Once Vivian McCardle talked us through chef Woods’s evening menu, I opted for the Asian-style oysters, served with spring onion and pickled ginger, and the surf and turf dinner.

The oysters are outstanding — but the succulent six-ounce dry-aged fillet steak from William Baird butchers, served with a half lobster, is one of my highlights of the weekend.

With its stunning food, unique cosy decor, and excellent service, it’s easy to see why The Bay Tree has won the coveted best restaurant in Louth and Leinster at the Irish Restaurant Awards in 2012, 2013, 2014, and 2015.

He also discovered that there is plenty to entertain the kids,

“I have learned from experience, though, that there is a limit to the amount of history and culture that three young children will accept on a holiday’.

“So the focus shifted to fun later. Carlingford Adventures offers thrillseekers high-speed rides in a powerful rib around the sheltered waters of Carlingford Lough, providing wonderful views from the water of the castle. And if you’re up for it, Shane might just let you take the wheel of his boat as it crashes through the waves. There is nothing quite like a white-knuckle boat ride and sea air to work up an appetite’.

“The adventure theme continued the next morning at Sky-Park at the Carlingford Adventure Centre. We donned climbing harnesses, scaled 50ft poles, and navigated through a challenging aerial obstacle course before zip-lining at high-speed some 200m to another climbing pole. You could easily spend three hours swinging, screaming, jumping, climbing, and zip-lining your way around the park”.