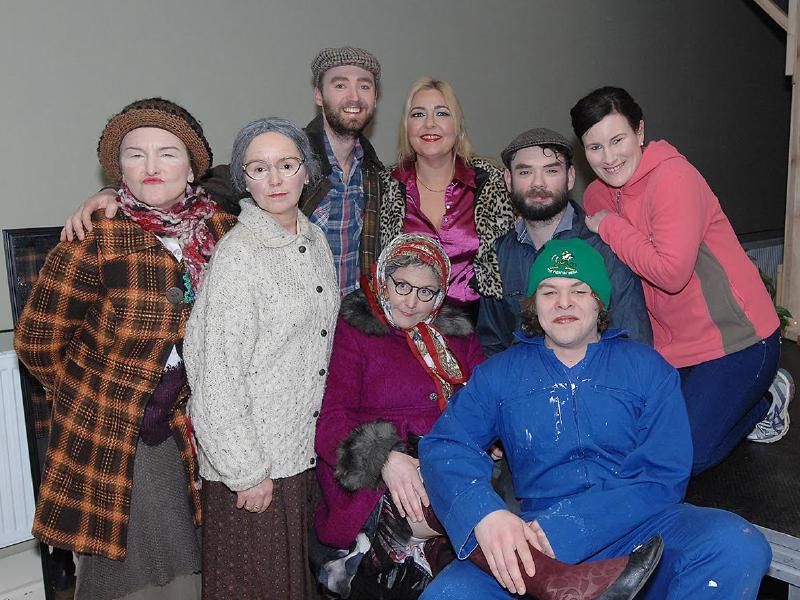 HAGGLEROCK are excited to announce their 3rd annual comedy production is "A wake in the West" by the kind permission of the Drama league of Ireland. This Michael J . Ginnelly 3 act play is truly a laugh a minute.

The plot centre's on the wake of Tom Healy, a man who is known to be "fond of the drop". Tom's last wishes threatens to humiliate his family and make them the laughing stock of their village. Chaos descends when Rose an elderly neighbour played by local Speech and Drama teacher Patricia Reynolds comes to pay her respects her actions set a sequence of hilarious events.

Our local cast members includes Robbie Callan playing Tom the deceased Robbie was in last years For Better or Worse, Aoife Nic Eoin is playing the deceased'a daughter Mary. This is Aoife's debut performance with Hagglerock theatre group. Anne Donaghy plays Margaret the neighbour. Anne was in our first production "Only an hour from Dublin".Barney Margaret's husband is being played by Vincent Clarke this is Vincent's debut performance with Hagglerock theatre group. Jack Montgomery is playing the local priest.Jack has vast experience both on screen and stage alike. Local actor Tom Doonan is playing Martin the son of the deceased Tom.

The comedy is being directed by Brigitte Nelson and Co. Directed by Joanne Dalton. It is being produced by Collette Cronin and Margaret Gamble.

Looking after media is Suzanne Kavanagh and Eleanor Haughey. Tickets are going on sale very soon.

Ensure to purchase your tickets early to avoid disappointment.

As these shows are sure to sell out.