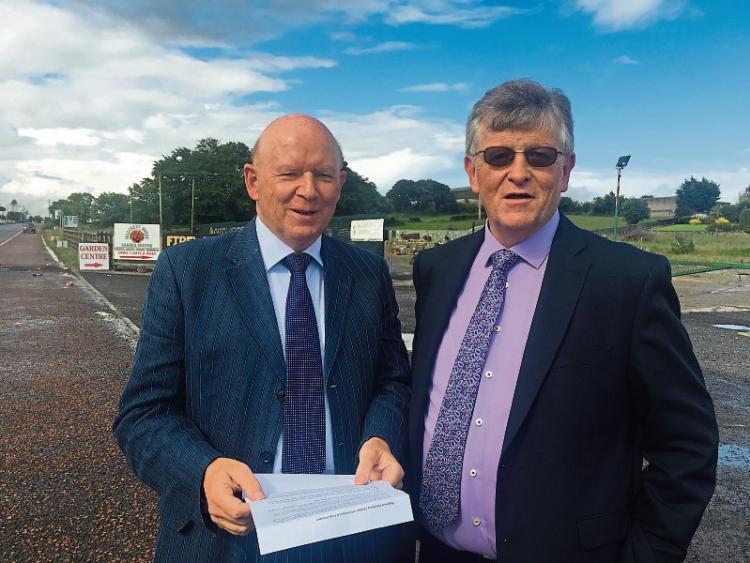 On Thursday of last week Dundalk Chamber of Commerce were involved with a guided tour of the border region to give a troupé of journalists a better view of what Brexit could mean for North Louth.

Organised by the Department of Foreign Affairs, the tour came a day before the All Island Civic Dialogue on Brexit which took place on Friday in Dublin Castle.

Eleven overseas journalists are in Ireland as part of a media visit organised by the department to coincide with the second plenary meeting of the All-Island Civic Dialogue.

Thursday saw a day-long programme involving visits to Dundalk, aswell as Crossmaglen, Co. Armagh and Co. Monaghan to meet with business and community contacts who will speak with them regarding the potential impact of Brexit on the Peace Process, the economy and the community.

Thursday’s trip's main objective of was to seek broad based views on the all-island implications of Brexit.

At 10.30am they visited Intact Software, Dundalk; a software company which has built a strong presence in the UK and has decided to bring forward its USA diversification plans in light of the Brexit referendum.

They met the CEO Justin Lawless of the Blackthorn Business Park on site.

At 11.30am they met Louth Comhairle na nÓg at the county council headquarters, a cross-border youth network between Comhairle na nÓg groups in Louth, Monaghan, and Cavan, and the district Youth Councils of Armagh, Dungannon, and Newry and Mourne.

At 12.30 they met with over lunch with representatives of Dundalk, Warrenpoint, and Newry Chambers of Commerce, including Paddy Malone.

After the lunch at the Carrickdale, they met with members of the local community to focus on impact of the Troubles on local families, reconciliation efforts in recent year, and potential ramifications of Brexit on these efforts.

They then made a trip to LacPatrick Dairies ROI Limited in Coolshannagh in Co Monaghan.

LacPatrick has a combined turnover of €360m, and employs 300 people. Over 1050 farmers deliver 600 million litres of milk annually.

The company is headquartered in Monaghan, Ireland, and sells high quality dairy food products to almost all corners of the globe.