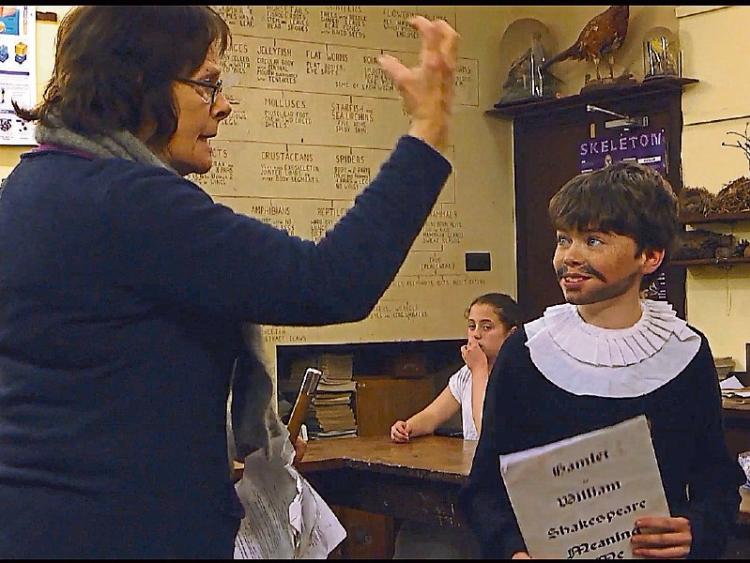 A critically acclaimed film about Ireland’s only boarding school for primary school children will be screened for one evening only at the Dundalk Omniplex on 7 March.

Just home from a whirlwind success at the Sundance Film Festival,

In Loco Parentis, goes behind the scenes of Headfort School in Kells, Co Meath, where tradition and modernity are embraced in a magical Hogwart’s like 18th century estate.

Following a year in the life of the school, this often times hilarious, fly-on-the-wall crowd-pleaser, focuses on a tireless married couple who have dedicated their lives to the betterment of their students.

For nearly half a century, John and Amanda Leyden have shaped thousands of minds with their unorthodox teaching styles. For aging rocker John, rock music is just another subject alongside Maths, Scripture and Latin. For the delightful Amanda, the key to connecting with children is through reading and drama.

The film also offers an intriguing insight into the intimacy and familial aspect of boarding schools in general.

“The lesson we learned from two years of filming here is that education is as much about play and discovery and fun. When a child is happy, all sorts of magic will happen.” explains director, Neasa Ní Chianáin.

‘Engaging’, ‘uplifting’, ‘delightful’, ‘compelling’, ‘magical’, ‘utterly charming’ are just some of the words being touted by critics.

Director, Neasa Ní Chianáin and producer and co-director David Rane will attend the special 6.30pm screening at Omniplex Dundalk -and will take part in a Q&A with audiences afterwards.

In Loco Parentis was funded by The Irish Film Board, the BAI, RTÉ, Sec 481 Tax Incentives, RTVE (Spain), Culture Ireland and supported by the Arts office of Meath County Council.