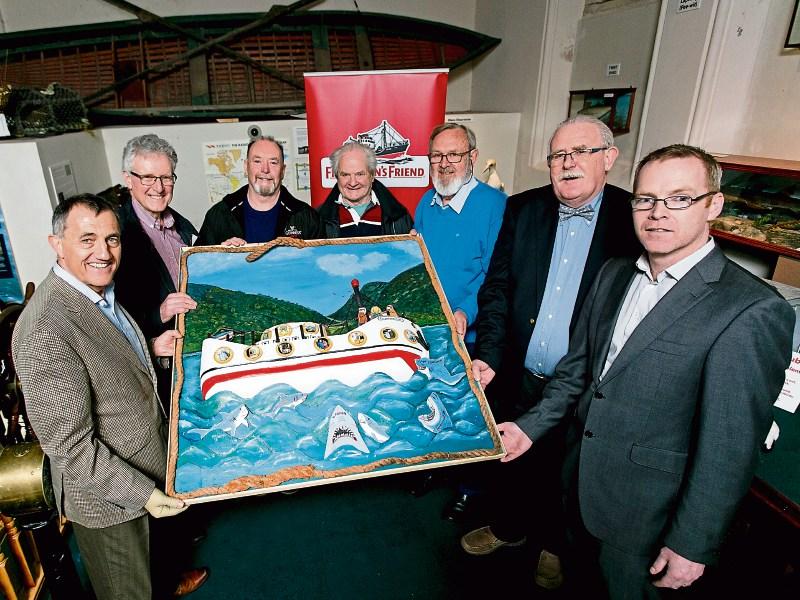 At this year's Fisherman’s Friend Shed Series competition, Cooley Peninsula Men’s Shed are returning back to Dundalk as proud finalists.

Following a nationwide search by Fisherman’s Friend, which asked Men’s Sheds from across Ireland to create a piece of art that best depicts what their community means to them, 21 sheds brought their creations to the Shed Series event, which took place at the National Maritime Museum of Ireland, Dun Laoghaire.

“The quantity and quality of this year’s entries was very impressive and it was great to see such a diverse range of artwork being created by members of the Irish Men’s Shed Association.

“Hailing from across Ireland, we had almost 100 attendees at our final, and it is fantastic to see the bond and the strength of friendship that exists between members and sheds.”

“The Fisherman’s Friend Shed Series introduced the People’s Choice Award category this year, and Ballina Men’s Shed has been crowned the winner after receiving over 630 online votes for their piece of artwork.

This online addition to the competition has highlighted the local support and strong bond that exists between the Men’s Sheds and the local community in Ireland.”

The overall winnner came from KCMen's Shed in county Kerry.