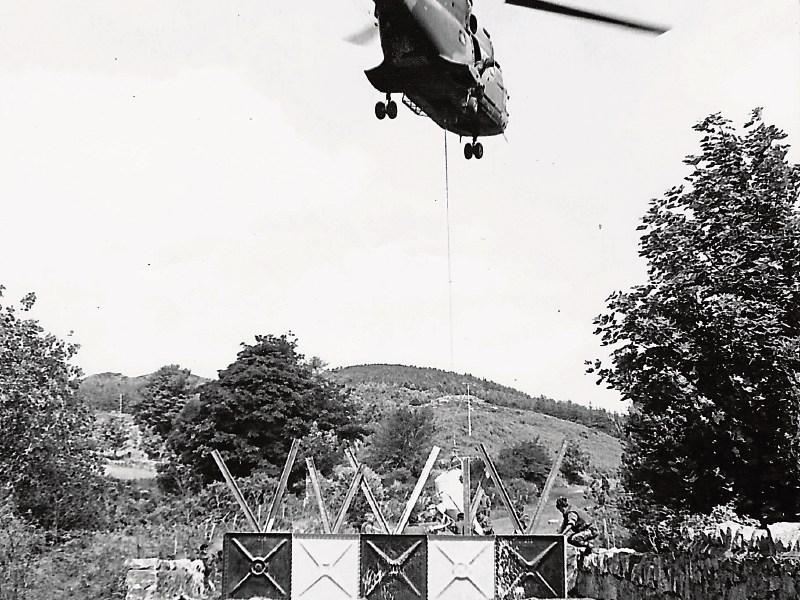 Sinn Féin’s Louth TD Gerry Adams has warned of the “ruinous impact of Brexit on Louth and the border region.”

Speaking this week Deputy Adams said: “I am especially concerned at reports that the government is preparing for a return of a hard border by identifying locations for customs posts. Media reports claim that Revenue Commissioner officials have been engaged to determine all “legal and practical implications of a range of scenarios”.

"This allegedly includes the examination and identification of locations for full border check points with ‘red and green channel’ facilities in Louth, Monaghan, Cavan, Leitrim, and Donegal.

“It is also claimed that the M1 motorway between Dublin and Belfast is to be a particular focus for customs officials,

"In the Dáil today (last Wednesday) I asked the Taoiseach about this media report that the Government is looking at possible sites for customs posts along the Border. I asked him to confirm or deny this.

"In his response the Taoiseach told me: ‘I hope nobody is looking for sites along the Border. I have seen reports drafted by customs officials but I have an agreement with the British Government that there will be no return to the Border of the past and that means customs posts along the Border. This is a British policy.

“It is not a technological issue. This is a political challenge. We do not want to see that happen because Deputy Adams knows the implications of that very well. We will not stand for any return to the Border of the past.

“We will make that case very strongly and clearly. Nobody I have met North or South wants to a return to that.’

"The difficulty is if the government fails to support Sinn Féin’s call for the North to have a special designated status then the only land border between the EU and Britain will be on this island and that will be a hard economic border.

“The government urgently needs to clarify these contradictory positions. The people of Louth and the border communities North and South do not want a return of customs posts and checkpoints. Such a development would have serious economic consequences for jobs, the farming community, the fishing industry and local enterprises. Brexit is already hurting local businesses and this would make that situation worse.”