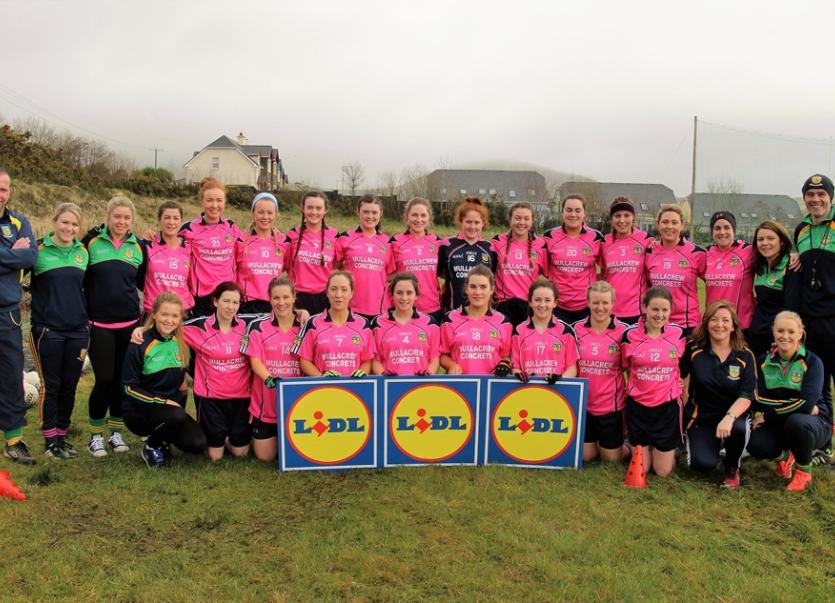 A sun-filled Saturday all over West Kerry ensured the over 600 participating players were going to be in high spirits regardless of results on the field of play. Now in its 28th year, there is far-reaching and unwaning enthusiasm among clubs to experience the famed Gaelic football festival with visiting teams from 13 different counties, England and the United Arab Emirates taking part in adult men’s and ladies cups across junior, intermediate and senior grades which took place in Tralee and various West Kerry GAA grounds over Saturday and Sunday.

2016 Dublin league champions Ballyboden St. Enda’s Ladies were the big threat to Stabannon going into the competition and the teams found themselves on either side of the draw. First up for the Louth champions was Bray Emmets in a straight semi-final which ended in a draw 2-5 a piece at full-time. However, Stabbanon had much more in the tank in extra time and pulled away to end up with a big score of 5-14 to 2-7.  On the other side, Ballyboden advanced to the final by seeing off Boardsmill of Meath 3-6 to 2-6.

The scene was set at Pobalscoil Dingle for two experienced sides to go for gold. The final was neck and neck all the way with Grace Rogers, later named player of the tournament weekend, excelling at corner forward for Parnells. However, with minutes remaining and down by two, it was the Boden Ladies that hit home the decisive goal to ensure a 4-8 to 2-10 victory.