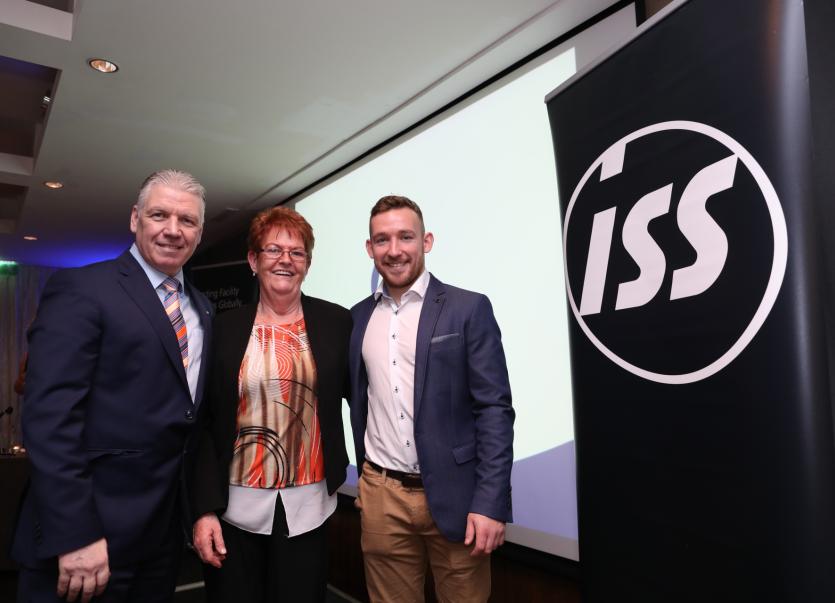 Carmel McGuiness from Dundalk, was among 150 people working in private and public sector businesses and facilities across Ireland who were honoured recently in the GEM Awards, (Going the Extra Mile), which were presented by ISS Ireland, a major provider of outsourced site services, employing over 3,500 people throughout Ireland.

According to the judging panel, Carmel, who has been an employee of ISS for four years and has worked in Dundalk for over 20 years, works in catering in TAFC, Dundalk.  She is married to Jim 46 years and has eight children.  She was nominated for the award due to her quick thinking and actions helped to alleviate the distress of a TAFC employee after he became ill.  Her kindness and consideration toward the gentleman was acknowledged by both ISS Management who happened to be on site, along with her own colleagues.  Carmel recognised that he was in distress and did everything she could to comfort him until assistance arrived.

The Irish GEM Awards were presented by Richie Hogan, the popular Kilkenny Hurling GAA Star, who said he was delighted to participate in the event which recognises the hard work and dedication of frontline staff in the services sector.

“There’s great excitement among the winners here today and a real sense of satisfaction in being acknowledged for giving your best.  That is a great feeling, whether on the sports field or in the workplace, and I have great respect for these individuals who consistently work hard and go beyond what is expected of them” Richie Hogan said.

The ISS Ireland GEM Awards recognise the valuable contribution of employees, both Irish and non-Irish nationals, who together bring a wealth of experience and energy to the services sector.  ISS Ireland employees are involved in out-sourced operational and support services, such as catering, cleaning, security, maintenance, landscaping, post-room, reception, property management and pest control.

The people who work in essential support services, like cleaning, catering, security and maintenance can go unnoticed in the workplace, but, without them, our clients’ premises including hospitals, universities and businesses simply could not function, ISS managing director Eric Doyle said at the 6th annual awards ceremony.

“To stay competitive many Irish companies outsource their non-core services and rely on supplier partners like ISS to effectively and efficiently deliver these services.  Our team’s expertise allows our clients to focus on the areas of business that derive more value” Eric Doyle said, paying tribute to the ISS Ireland GEM winners at the event.

ISS Ireland employees complement and support the growth and development of many businesses across Ireland, by supplying highly trained, professional and committed personnel who add tremendous value to the workplace, and always go that extra mile, the ISS Ireland MD told guests.

Award nominations are made by the client organisations in conjunction with line management, and entail an ongoing performance review.