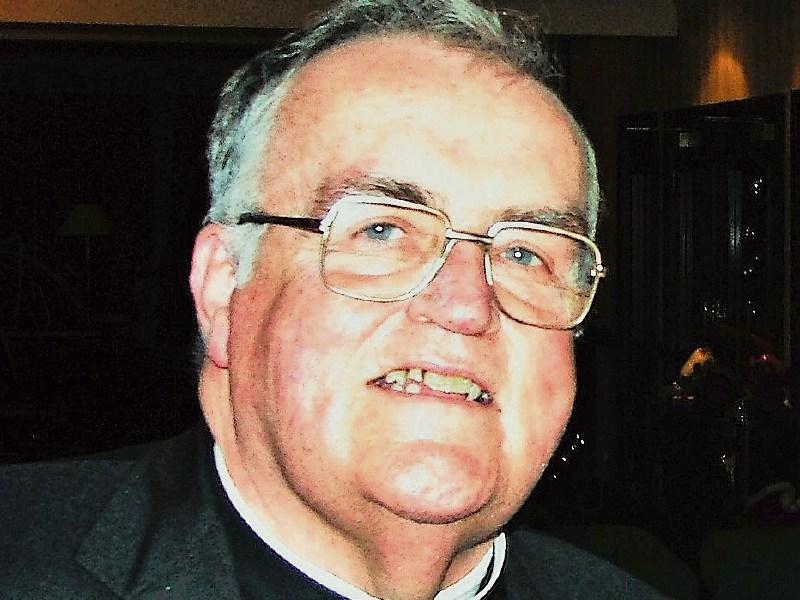 Rev Fr. James Shevlin who died suddenly at the Mater Private Hospital on Saturday 7th January 2017, was a popular priest for over 50 years who ministered in several parishes in County Louth, his last being Carlingford and Omeath.

A member of the Society of African Missions, Dromantine he lived and worked in many places throughout his life of 79 years.

Fr. Jim always spoke fondly of his time growing up in Carrick, the market days in the town and helping out in the family’ s public house. He always knew he wanted to become a priest and joined the missionary order.

He was ordained on the 10th December 1961 in St Peter’s Church in Lurgan, which was televised by BBC Northern Ireland. His first Mass was celebrated in St Joseph’s Church, Carrickmacross.

On his return to Ireland Fr. Jim was asked to help out in the parish of Ardee where he spent almost 17 years, becoming a familiar face not only within the Church and parish but also at the cattle mart on the occasional Tuesday and calling out the Bingo numbers on Friday nights. Fr. Jim loved meeting people and talking to them. He knew everyone by name. He also loved to sing. In 1984 he became an Armagh Diocesan Priest and in 1994 he moved to Kilkerley.

Although only there for four years he always remembered it fondly as it was his first position as Parish Priest and he gained a lot from the people and their community spirit.

In 1998 he became parish priest of Dunleer, and during his time there with the people of Dunleer they refurbished St. Brigid’s Church. In 2006 he joined Fr.Mac Raois in the parish of Carlingford and Omeath.

Fr Jim settled in very well with the people and the surroundings and made it his home. He celebrated his Golden Jubilee in 2011, both in Omeath and with his fellow SMA fathers at the SMA House in Cork. He retired in 2014 from his parish duties, but still continued to be very much part of the community.

He was predeceased by his parents, his sister, Mary and his brother, Noel. He is survived by his brothers, Tom (Carrickmacross), Brendan (London), sister-in-law, Ann, nephews, nieces, grandnephews, grandnieces, relatives and friends.

The Church was beautifully decorated with flowers which he always appreciated, thanks to the Altar Society and Alice Cunningham. Eamonn Brennan provided a visual display of readings and reflections. The Scouts gave him a guard of honour.

Fr Jim knew the importance of having family and friends. He will be greatly missed but will always be fondly remembered.

The Months Mind Mass for Fr. Jim is on Wednesday 8th February 2017 in St. Laurence’s Church, Omeath at 7.30pm