Family and lasting friends were all important for Betty Browne 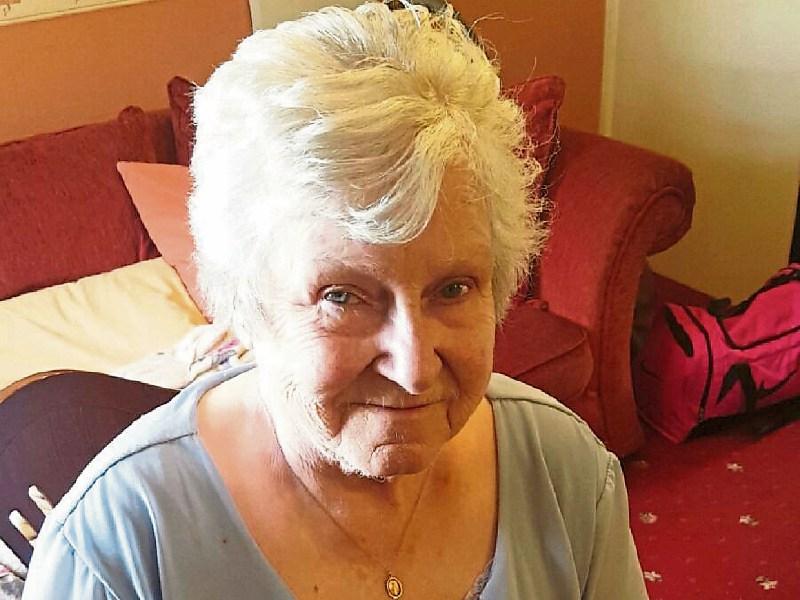 Betty Browne of 70 Cherry Vale, Bay Estate whose death occurred suddenly on January 4 was a lady to whom family was all important who moved to live in town when her husband was one of the first to take up employment in the then new AnCo training centre.

Dundalk became the family’s adopted home town with the couple and their five children happily settling, but Betty never lost touch with her Dublin roots and loved all the songs synonymous with her native city.

She led a simple life the focal point of which was her family and had a wide network of friends who remained lasting friends which was underlined by all who turned up from near and far to pay their last respects to Betty and show the regard in which they held her.

She made many new friends following the move in 1973 from her native Dublin to the then new Bay Estate development which was in the early stage of construction and where a lot of young families had taken up residence. It was also close to her husband Mick’s work as an instructor at Coe’s Road where AnCo set up in premises owned by the former shoe manufacturers Clarks. Mick was one of the first four employees in the centre.

Betty happily filled the role of housewife and mother at which she was a natural with a great interest in all that was going on in her family’s life and also in cooking and baking. She put the welfare of her family ahead of her own and when her grandchildren came along they held a similar place of love in her life being eager to know all that was happening in their lives.

When the family grew up she worked for a period of a year in Sloane’s neighbourhood shop on the Avenue Road where she struck an affinity with customers with her friendly disposition.

She had a great sense of humour and was also a very loyal and trustworthy friend, and enjoyed going to bingo with her friends. She also loved music and especially all the Dublin songs which were played at her funeral, with the congregation joining in “Dublin in the Rare Auld Times” which was a lovely tribute to her. Her favourite song “One Day at a Time” was also sung.

Betty had a strong religious faith and always prayed to St Anthony, St Brigid and Our Blessed Lady.

From Inchicore she was educated and grew up there. She was daughter of the late Michael and Anne Brown( nee Fox).Great sadness entered her life at a young age when her father died when she was 14.

Betty also lost her son Danny when he also at the age of 14 was fatally injured in a hit and run accident in 1984 a short distance from the family home. She was also predeceased by her sister, Molly.

The suddenness of her passing was alleviated somewhat for her family in that they enjoyed a wonderful Christmas with her, as Betty visited all their homes, leaving them with beautiful memories to help them live with their great loss.

After reposing at her residence from Thursday morning Betty was taken the following afternoon to the Church of The Holy Family for Funeral Mass .Father Paddy Stanley SM was the celebrant.

Close family members took part in the Mass, including giving the Readings and leading the Prayers of the Faithful and brought the Offertory gifts to the altar and also delivered the eulogy.

The music was provided by Olivia Finnegan on the organ and singer, Roisin Crawley.

Month's Mind Mass will take place on Sunday 12th February 2017, at 11am in the Church of The Holy Family, Muirhevnamor.