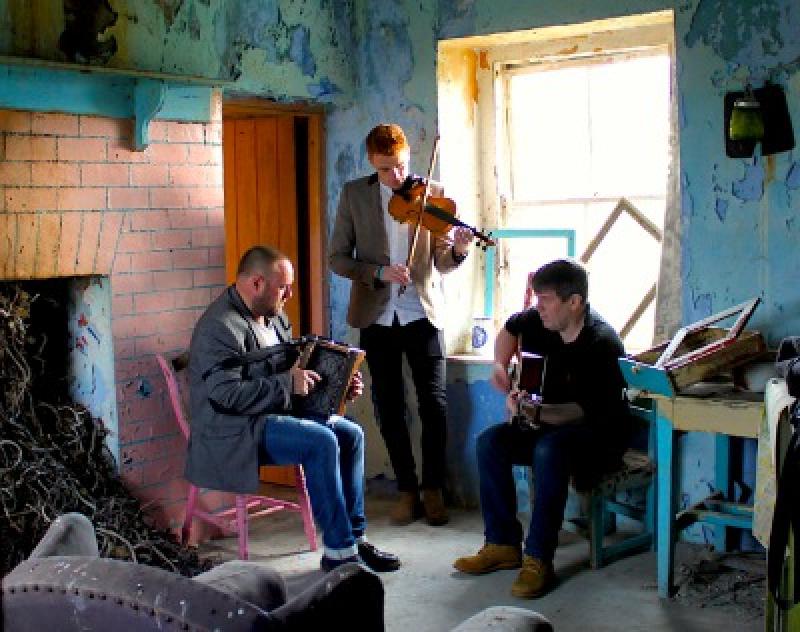 Top Irish musicians The David Munnelly TRIO are coming to the Oriel Centre in Dundalk this Friday for what looks set to be a great gig.

David Munnelly (accordion) from Mayo is widely regarded as one of the most influential Irish accordion players of his generation: he has played with legendary Irish bands De Dannan and The Chieftains, and for 15 years fronted The David Munnelly Band.

In recent years, his skills as a composer and arranger have come to the fore and David now works on a wide variety of music projects, ranging from the multi-award winning pan-European accordion five-piece Samurai, and duo McGowan Munnelly through his experimental solo compositions, to the high-energy traditional Irish band Mórga.

Shane McGowan (Guitar) comes from an area in south Sligo known as lavagh. He comes from a musical family and started at an early age, giving his first public performance at the age of 5. His father, Harry is a well-known flute player from the area and was a big influence on him teaching him whistle and flute.

Shane started playing guitar in his teens and was very interested in playing Irish music as well as rock, swing and Jazz. He joined Dave and the band in June 2010. Other bands he has guested and toured with are Lunasa, Zakir Hussain, Sean and Dolores Keane, Blas, Slide, Geraldine Mc Gowan, John Carty, At the Racket, among others.

Joseph began to play traditional Irish music at a competitive level at a young age and by the age of 14 had won 5 all-Ireland tittles and 4 world titles. Most recently Joseph Joseph has toured with Ragús in mainland Europe and has spent time working in the National Folk Theatre of Ireland. He also teaches both fiddle and bodhran and spends much of the summer teaching in summer schools passing on his love and understanding of Irish music.