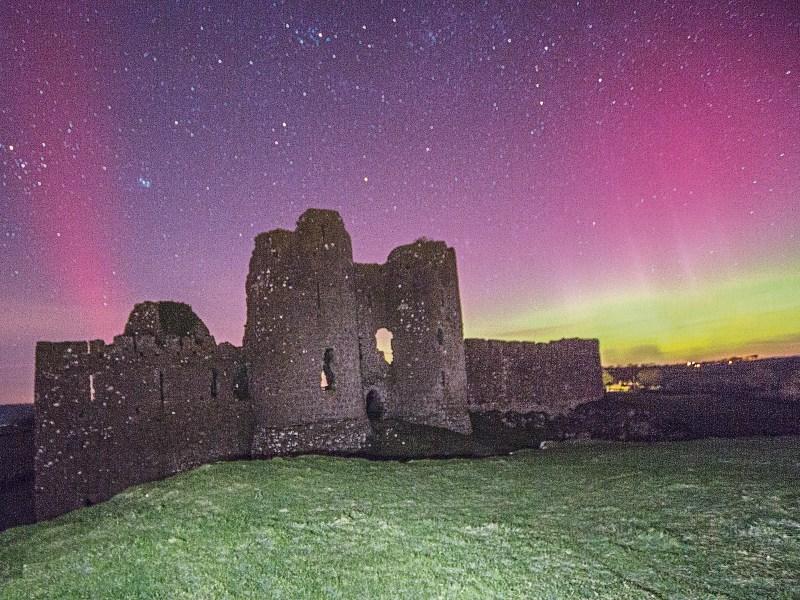 Don Johnston, President of the Louth Archaeological and Historical Society, gave the following address at this year’s AGM in Drogheda last week:

“Now that the first half of my presidential term has been completed, it is perhaps opportune to reflect on aspects of the work of the Society that are frequently overlooked.

“The annual series of lectures, excursions etc., are usually well advertised but many other activities are quietly undertaken and as a result often go unnoticed.

“Last year the Society assisted financially in the recording of the hitherto unmarked grave in Glasnevin Cemetery of the well-known landscape artist Henry O’Neill (1798-1880). For several years from the mid-1860s the artist lived in Dundalk working towards a major unfinished publication devoted to castles.

“Although ranking with such luminaries as du Noyer and Petrie who did pioneering work on Irish antiquities, O’Neill, a Dundalk native, is now sadly-neglected. He did more than anyone else to champion the presence of the Celtic cross in the Irish landscape and it is fitting that his final resting place now has a Celtic cross on it. The Society in recent years ago made a substantial contribution to the county archives to purchase the papers of the Taaffe family of Smarmore.

“If it wasn’t for the efforts of the Society this archive would not have been purchased and maybe lost to the county for ever. Perhaps Louth County Council should make special provision for the purchase of such exceptional items. The Society along with the Drogheda Borough Council and the Old Drogheda Society also purchased nine drawings of Drogheda in the 1950s and 1960s by Thomas Markey. These are now in the Highlanes Gallery, Drogheda.

“We are now well into the decade of centenaries of the events from 1913-23 in Co Louth. The Society is co-operating with DkIT in producing a volume of essays on this period. A number of members of the society have written articles for the book which is due for publication in May. Donal Hall a member of the Council is co-editor of the production along with Martin Maguire of DkIT. Donal’s book dealing with Frank Aiken is due to be published by the Society in the near future.

“The 300th anniversary of the ‘jumping church’ took place in 2015 at Kildemock, just outside Ardee when the church’s walls mysteriously relocated some two or three feet from its foundations. The ‘jumping church’ holds a special place in the fertile folklore of Ireland’s smallest county. Contemporary accounts in 1715 mention a severe storm when the wall was lifted and deposited where it now stands. The story that a wall of the church once ‘jumped’ from its original resting place has remained in the locality but there was no visible evidence of this extraordinary event until the ruins were excavated more than fifty years ago. A report has recently been completed and council member Conor Brady will in a future journal address all the issues raised in this case.

“2018 is the 700th anniversary of the death and burial of King Edward the Bruce at Faughart. A study commissioned by Louth County Council some years ago suggested a number of improvements for the Faughart site, including the repair of the old church, the cleaning and tidying of graves and perhaps most interestingly, the erection of an interpretative feature showing the long history of the site. Having gone to the trouble of compiling a report last year, the County Council has been very slow to outline its programme in this matter.

“With 2018 drawing ever nearer and many expressions of interest from overseas in this anniversary, it is sad to see an opportunity like this to promote the tourist potential of north Louth/south Armagh neglected.

“The Society is hoping that steps will continue to be taken by the authorities to preserve Carstown House, a rare example of a 16th-century Elizabethan manor house and one of the few such houses in the county. It is designated a building of national importance on the County Louth Record of Protected Structures. The fact that a late 15th/early 16th-century tower house was incorporated into the building gives it the added status of a National Monument (buildings of significance that predate 1700). The Society is actively engaged in trying to save the building and has received funding from the Heritage Council for a conservation architect to carry out an architectural survey.

“One of the highlights of the past year was the presentation, after the monthly meeting of the Council in June, of a series of essays written as a tribute to Noel Ross for his work over the past forty years as the longest-serving editor of the County Louth Archaeological and Historical Journal. This annual journal began its life in 1904 and has since become one of the country’s most renowned historical and archaeological publications.

“Under Noel’s careful hand, a work of the highest standard has appeared year after year, its arrival being the highlight of the year for many of the Society’s members. Apart from his role as editor, Noel has also penned articles in nearly every journal for almost fifty years. Forty years of service in any role deserves more than a passing mention, but forty years of patience and generosity dealing fairly but firmly with many eccentric and often highly-opinionated contributors to the journal was, we felt, worthy of more permanent recognition.”