The last remaining relatives of Dundalk's 1916 heroes pass away 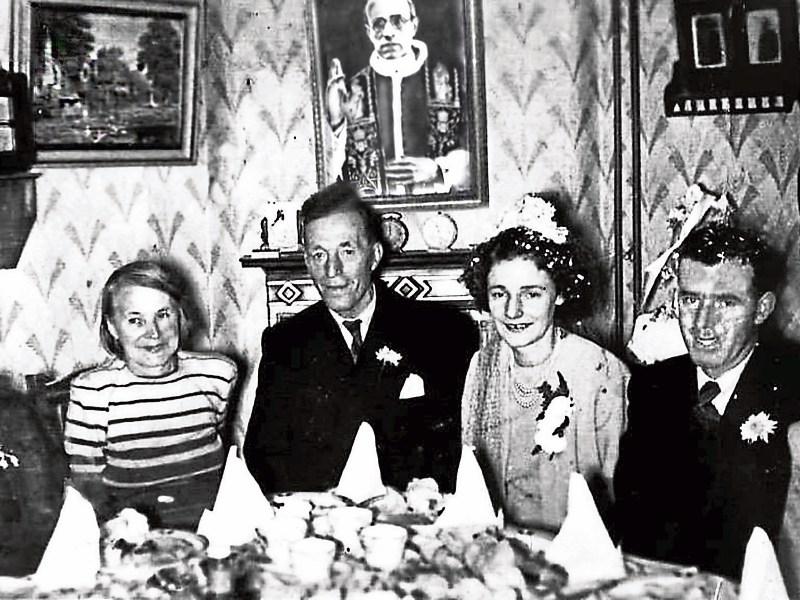 The story has been told and retold many times in the past year, but it is one that should never be forgotten.

On Easter Sunday morning in 1916 a group of volunteers left the town of Dundalk to fight for Ireland's Freedom.

The commandant of that small group on that historical occasion was Donal O'Hannigan, or Daniel Hannigan as he was also known.

A Limerick man, but living at the time in Dublin, he had been sent to County Louth by Pádraic Pearse to train them in armed combat and, although known to few of them at the time, to lead what most thought was to have been a routine route march into something more deadly.

John Robert Waller, known as Joe or JJ, and written in official records as Joseph Waller, was born in Birkenhead in England but lived most of his life in Dundalk when the family returned to Ireland.For his part in that Easter week episode, he spent the remainder of 1916 in various prisons, including Frongoch in Wales, along with Michael Collins and many others.

Very much involved in GAA events up until his death, he has a unique niche in GAA history. On the 7th of October 1907 he played in three games in the one day at county level in Croke Park, or Jones Road Park as it was at the time.

A feat that has not been equalled since.

On the 18th of October 1950, the Wallers and the O'Hannigans were united again when Donal's daughter, Eithne, married Sean, a son of John Waller. A joyous moment, tinged with sadness because JJ had been killed just a few years before that, in July of 1947.

He died near his home in Dowdallshill while cycling home from work in PJ Carroll's cigarette factory.

In a curious twist of fate, his wife Margaret was killed at almost the same place, on the 15th of December 1970, while walking to early morning mass in Saint Nicholas chapel in Dundalk.

In another curious twist of fate, both families were united again in grief a century after that momentous march at Easter as Maureen Kennedy, the last remaining member of Donal O'Hannigan's children, who was married to Stephen Kennedy, a native of Ballina in County Mayo, passed away in London, on Christmas Day 2016, at the age of 93

On the 9th of January 2017, Theresa McGrail, the last remaining member of John Waller's children (who would have been 91 on the 23rd of January) passed away in Edinburgh, where she had been living since her marriage in 1962 to Pat McGrail from Dalkeith.

There is an old wives' tale that says that when fate twists in a curious way she often does it in triplicate, and there is often more than just a grain of truth in that.

Donal's brother Donnacha may or may not have been involved in the 1916 Rising, but he was certainly very prominent during the War of Independence.

As commander of the East Limerick Flying Column he was said by many to have developed the concept of Flying Columns Active Service Units.

After the Civil War, Major-General Donncha O'Hannigan was also very prominent in the establishment of the Federation of Old IRA Veterans.

On the first of January 2017, the last of Donnacha's eight children, Sister Carmel O'Hannigan, of the Presentation Convents of Mitchelstown and Fermoy - and formerly of Co. Dublin -passed away peacefully aged 84 years in a nursing home in Fermoy, County Cork.