'The Troubles' in Dundalk back in the year of 1903 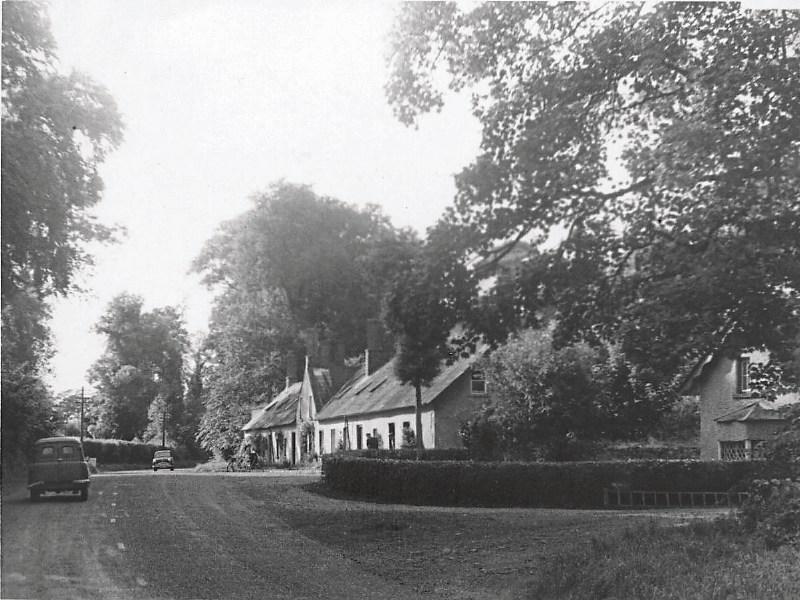 The photograph of the Sinn Fein demonstration at the Maid of Erin Monument at the Courthouse Square in May 1910 on the occasion of the proclamation of King George V as sovereign of Great Britain, which we published a couple weeks ago, gives an indication of the unrest and religious divisions that existed in Dundalk at the beginning of the 20th Century. As I mentioned previously, this photograph shows the damage caused to the Monument which had, according to Victor Whitmarsh, happened in 1903 and I wondered happened that year to cause this attack?

A clue to the situation in July of that year is hinted at in the 'About Town' notes in the July 25, 1903 edition of the Dundalk Democrat. Among other reports of unrest that month is a paragraph which states ---

'The authorities have taken a very proper course in allowing out, under the First Offenders Act, to come up for judgement a man, William Grant who was arrested in connection with the recent disturbances in the town. This man is, under under ordinary circumstances, a perfectly respectable and well conducted member of society and the course adopted with regard to him when he was first arrested was rather extraordinary.'

Further down in the same column, in reporting malicious injury claims for damages caused to some shop and other windows in town, the writer of the notes states –

'The entire claims may roughly be put down at £100. This will amount to about 1d in the £1, to be paid by the “unfortunate ratepayers' for the the little diversion of our juvenile friends who provoked that very regrettable outburst. But, so far as we know, the parties in question do not pay one halfpenny rates amongst them.'

The cause of this trouble in Dundalk around July 12, 1903 is further explained by an item in Padraic ua Dubhtaigh's history called 'The Book of Dundalk'. In it Dubhtaigh relates the events surrounding the incident which came to be known as 'The Relief of Restrevor'. What happened was that several thousand Dundalk Catholics travelled by boat to Warrenpoint, where they were joined by other Catolics from Newry and parts of Cooley, on July 12, to prevent it from being attacked by an Orange mob who had threatened to make a 'Dolly's Brae' of the nearby small County Down town during a parade through it on July 13 (July 12 fell on a Sunday tht year).

'On the following night in Dundalk there was a discreditable sequel to the adventure. A small party of youths, who gathered in strength, paraded the town with an Orange flag seized at Warrenpoint. At. Messrs Patterson's there was, for some reason, a rush at a group of shop assistants (employed in that establishment and lived on the premises),who retreated down the gateway and banged the gate. A stone was thrown at Messrs Patterson's window and this led to further window breaking. At the subsequent court proceedings, one of the shop assistants concerned denied that he had cursed the Pope when the demonstrators were passing but admitted that he had done so elsewhere “meaning no harm by it”.'

The religious tensions in Dundalk were further exacerbated by the passing of the 'Royal Train' through Dundalk Station on July 26, carrying King Edward VII and his Queen, which ua Dubhtaigh reports as --- 'The royal party, when passing through Dundalk Station, was greeted by a crowd which waved Union Jacks. Most effusive in their demonstrations of welcome were a few prominent Catholic families.' The author should have written 'Union Flag' as a 'Union Jack' in only a flag flow by a Royal Navy vessel!

The background to all this unrest in Ireland was the debates on Home Rule in the Westminster Parliament which the Loyalist of the country vehemently opposed. Loyalists living Dundalk held a meeting in Market House on a later date, sometime before the Act was finally passed in 1914, at which opposition to Home Rule was expressed. The Editor of the Dundalk Democrat at the time, Thomas F. McGahon, was strong in his condemnation of this gathering which, he believed, stirring up bad feeling in Dundalk.