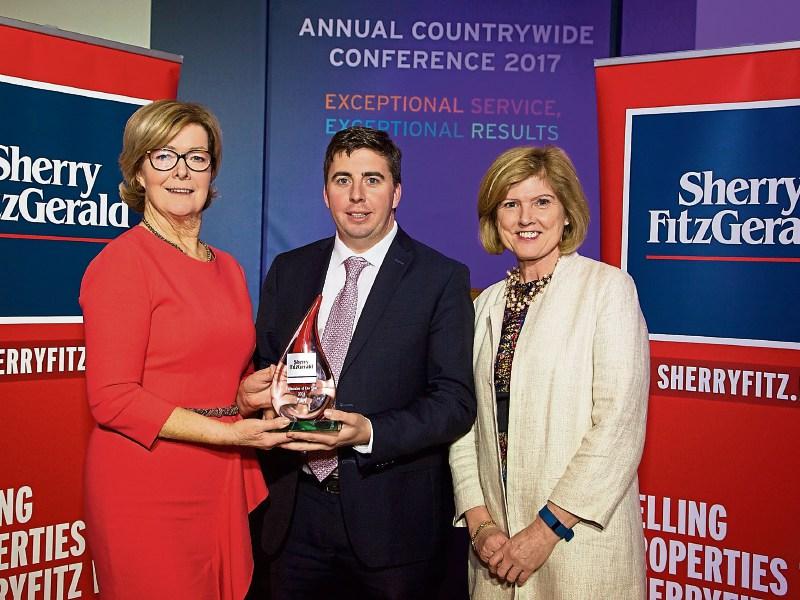 Sherry FitzGerald Carroll in Dundalk were announced as winners of the Sherry FitzGerald Franchise of the Year Award 2016 at the company’s Annual Conference which was held last Friday, 27th January.

The theme of this year’s event, which was sponsored by MyHome.ie and the Irish Farmers Journal was “Exceptional Service, Exceptional Results”.

Speaking at the event, Mary Dillon, Managing Director of the franchise arm of Sherry FitzGerald, paid tribute to the winners.

“Brian Carroll, who is a second-generation Sherry FitzGerald franchisee having succeeded his father Jim, and his team simply get that small things matter, and while efficiency and processes are a prerequisite, thoughtfulness and small acts of kindness are also so important to people.

“The old-fashioned sense of service, combined with the latest technology, is what clients and consumers are looking for, and that’s what Brian and his team are delivering in spades”, according to Ms. Dillon.

In accepting the award, Brian paid tribute to his team, their commitment and genuine care for people. He said it was a proud day for him and his family. ‘Dundalk’, he said, ‘is a great business town and we have produced many fine businesses and business people, not least Martin Naughton of Glen Dimplex, who proves that thoughtfulness matters even in larger businesses, as exemplified by a recent nationwide reader’ survey in the English Guardian newspaper which named Dimplex Radiators as one of the 3 stand out companies in Britain for customer service.’

Mr. Carroll went on to say ‘Irish businesses don’t often receive praise and maybe rightly so on occasion, but Sherry FitzGerald have always been very supportive of our business and in setting standards for others to follow.’