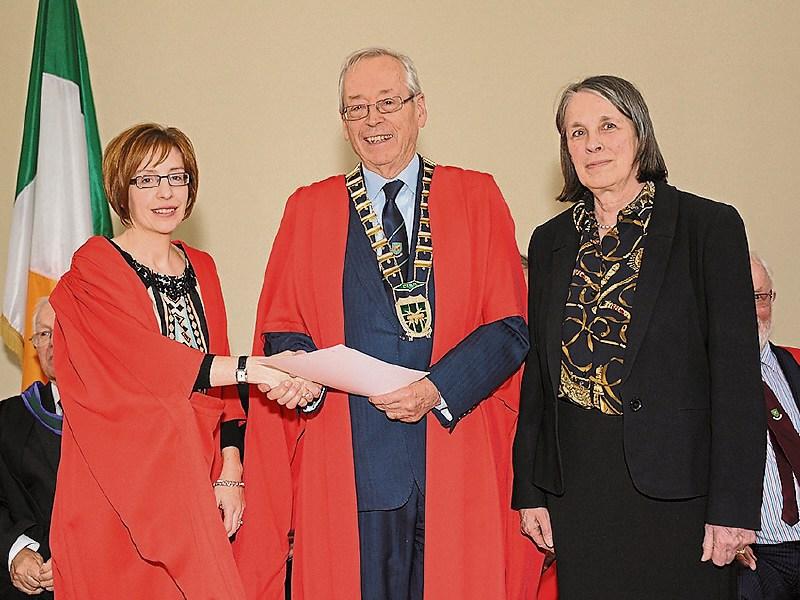 Eimear Hall of Blackrock is the new Notary Public for counties Louth, Meath and Monaghan.

Ms Hall was appointed to the position by Chief Justice of Ireland, Susan Denham. She is the first Notary Public to hold the role in Dundalk for over 20 years, and the only female Notary Public in the town.

Eimear is a former student of St. Vincents and has a law degree from University College Cork as well as a Masters from Queens University Belfast. She qualified as a solicitor in 2001 having trained with MacGuill & Company. She currently works with Dundalk solicitors, MacGinley Quinn.

Eimear is a daughter of Rory and Margaret Hall and is married to Tony Curran. She comes from a long established Dundalk family, with roots firmly planted in the business life of the town. Her parents have had an antique shop on Jocelyn Street since 1971.

The Notary is the oldest branch of the legal profession which sees a public officer appointed by the State carry out functions in non-contentious civil legal matters.

The acts of a notary public have worldwide recognition in the matters of authenticating documents, attesting signatures, drawing up powers of attorney, administering oaths as well as other functions provided to the general public. Members of the public might typically use a notary for the purposes of witnessing Irish state documents for use in other jurisdictions and also foreign adoption papers and affidavits (for use in courts abroad).