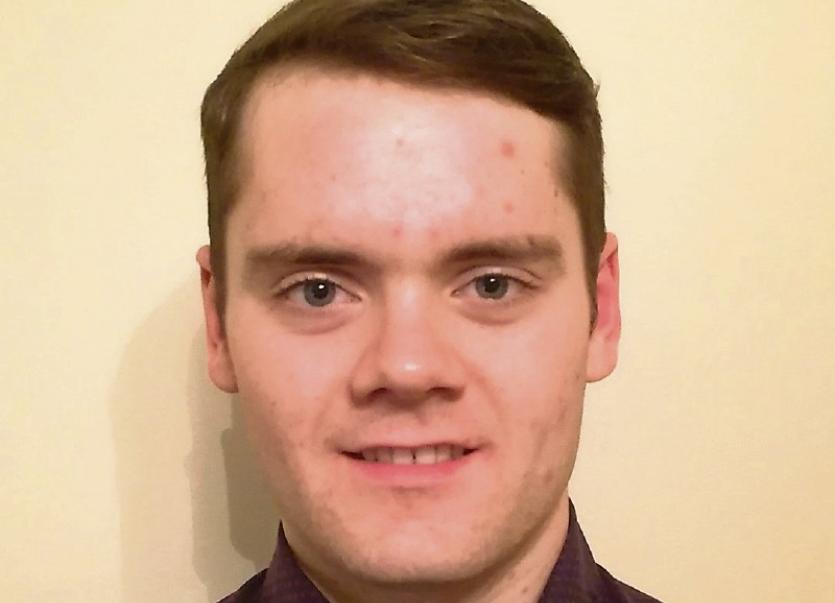 Local man Andrew English is set to launch his first ebook in March, revealing a new generation’s response to Irish Republicanism and the troubles in Northern Ireland.

The book entitled A Millennial’s Response to Irish Republicanism and the Northern Ireland ‘Troubles’, will be launched in ebook format by Galway based company Book Hub Publishing.

The 22 year old began researching that area of Irish history and politics through a dissertation project, while taking a Graduate programme at University College Dublin. This evolved into a lengthier process of penning his first book, a process he describes as ‘harrowing and painstaking” but an “interesting” subject to write about.

The topic of social movements and exploring “events and strategies” from within Irish conflicts is at the core of the work carried out through the project. The author, from Louth Village, said that a number of individuals who had bore witness to these movements were interviewed throughout the writing process.

He added that his own background growing up in a border town like Dundalk incited an interest and encouraged him to pursue this line of research.

“Dundalk has had a massive republican history throughout the years, we can trace the heritage back to 1798 right up until the present day.”

Speaking of the response to this branch of Irish history, he said through his perspective as a millennial, and which lends itself to the title of the book, he hopes to offer a new perspective on the conflicts that have taken place throughout the 20th century.

“I think maybe the viewpoint from someone like myself might add a fresh insight, and some people might disagree with it, that’s fine, but hopefully the approach works.”

While the book itself will be of particular interest to those in academia, he said he does hope the book will prove to be of interest to readers across the country and will be something they can engage with. It will also include a list of further reads for those interested in finding out more on the content discussed within the book.

With a view to release in March, the launch date is expected in the coming weeks, after which, the ebook will be available on Amazon as well as through the publisher’s website at www.bookhubpublishing.com