McGrath gets Dundalk off to a winning start 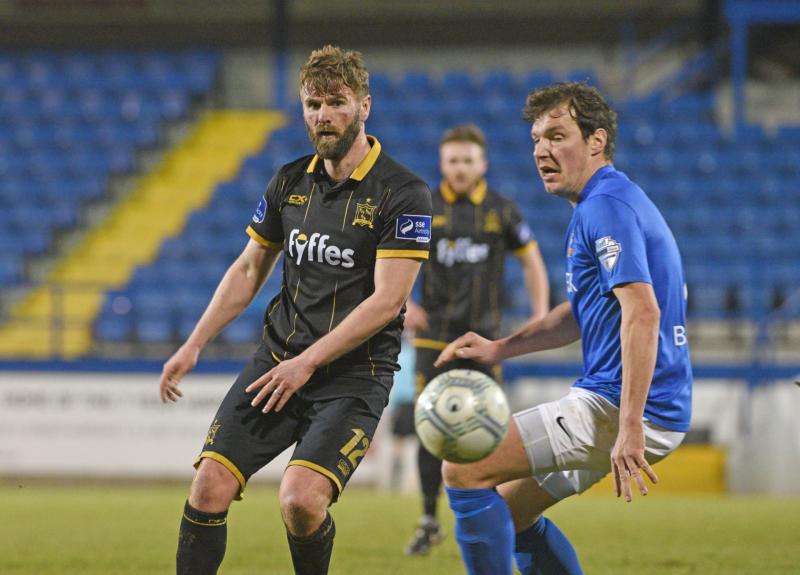 Jamie McGrath marked his debut with the winning goal as Dundalk’s opening pre-season match ended in victory against Glenavon at Mourneview Park on Monday night.

Paddy McCourt was one of five players pulling on the Dundalk shirt for the first time. Sean Hoare and Niclas Vemmelund started in the back four with McGrath occupying the wide left position. Conor Clifford sat alongside Robbie Benson in the engine room.

As expected, Glenavon made 10 changes to the side that was beaten 1-0 by Crusaders on Saturday. Dundalk man Simon Kelly, along with former League of Ireland players David and Guy Bates, were the notable names in Gary Hamilton’s XI.

The days of pre-season friendlies being held on balmy July evenings are well and truly a thing of the past; Monday’s game played in biting cold temperatures with a bit of torrential rain thrown into the mix for good measure.

Those who did brave the conditions were treated to a decent opening 45 minutes, even if it took the game some time to get going.

With Gary Rogers on the injured list due to a calf injury, Gabriel Sava started between the posts. The Italian was all at sea for a couple of corners midway through the half but his shot stopping was good, denying James Grey's powerful effort in the 11th minute.

Dundalk’s first opening arrived shortly after when a superb pass by McGrath picked out Kilduff on the left of the penalty area but he smacked his effort well off target.

Robbie Benson then saw a free-kick drift just wide of the upright, the set-piece coming after a neat step over by McCourt allowed Patrick McEleney the opportunity to drive at the Glenavon back four.

Most of the attention was focussed on McCourt but it was McEleney who looked the most lively in the . The 24-year-old worked hard on his fitness before coming back for pre-season training and he certainly had a spring in his step here.

It was his great run and cross from the right that paved the way for Kilduff to open the scoring after 22 minutes but the striker could only divert his near post header wide.

Kilduff then stabbed an effort wide after Glenavon goalkeeper James Taylor made a hash of a clearance outside his penalty area.

The netminder looked more assured as the half drifted to a close, denying McEleney on two occasions, the first after a mazy run by the Dundalk attacker, the second a placed free-kick.

Chances proved to be few and far between, however, with Glenavon’s Guy Bates denied by the assistant’s flag on a couple of occasions.

The hosts then had a good shout for a penalty turned down when Renato De Vecchi nipped in front of the impressive Vemmelund to get to kick out but referee Jamie Robinson waved the appeals away.

At the other end, Dundalk, without a recognised centre-forward, looked lightweight up front in the second-half with McCourt departing in the 69th minute to be replaced by youngster Keith Dalton.

It looked like the game would peter out but McGrath got on the end of a Dalton cross to stab the ball home at the near post to get the League of Ireland champions off to a winning start.