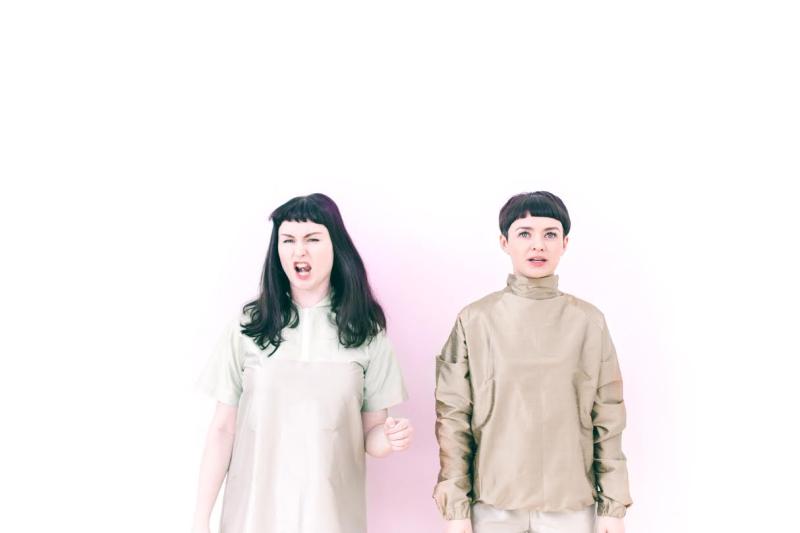 Ireland's leading music publication, Hot Press magazine, has this week announced Dundalk-native Aoife McCann as an artist to watch in 2017.

Alongside Kildare native Ellie McMahon, the pair make up Æ Mak; an alternative pop sensation with an upbeat and vibrant sound to their music. Hot Press describes them as a force to be reckoned with and destined for a bright future, while last year the pair embarked on the festival trail playing the Body and Soul stage at Electric Picnic and taking to the Other Voices stage in Kerry.

With a string of positive reviews behind them, Aoife admitted she doesn't take it too seriously and said it is nice to be recognized by the people at Hot Press, especially as she considers the band to be in the early stages its career.

On reaching the festival scene last year in Laois and Kerry, and performing on stage at The Academy in December, she says that those events weren't originally on the agenda until organisers reached out to them and showed interest in adding them to the line-up. This year she plans on securing a similar run of performances. 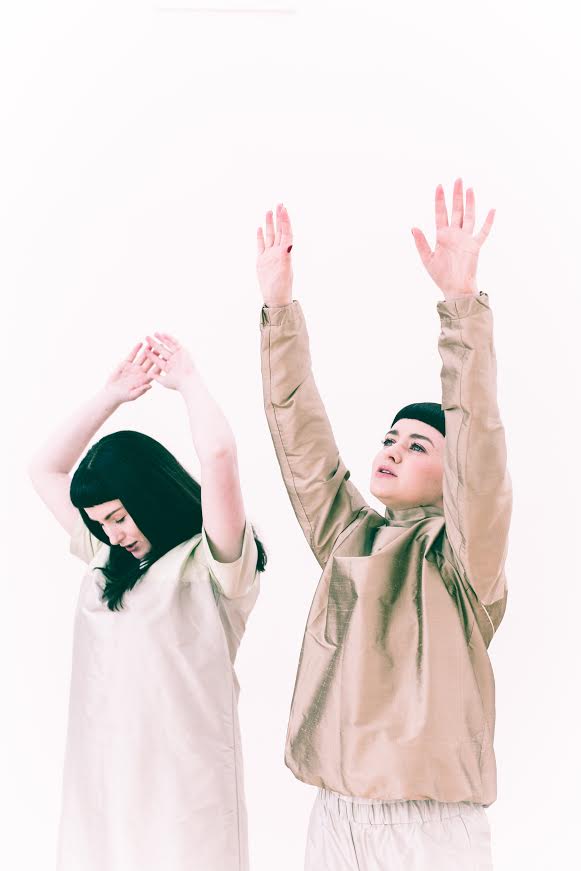 “Last year it kind of just happened to us. We didn't do anything to get those gigs. This year we're not expecting to be asked and we're going to have to work for it. I think when someone is new there is more of a buzz and people get in touch more. Now it's our turn to make sure the buzz is still going.”

She immediately commented on the Other Voices festival as the stand out moment in last years calendar - an annual event which takes place each December in Dingle, Co. Kerry.

“We played Other Voices in December and it was the best gig we've ever played, best reception we've ever had, and the best feedback we've ever gotten. It's really magical down there. We had a packed out room – the IMRO Other Room which is the biggest after the church.”

When taking to the stage, their performances are reinforced by a five piece band. The girls also bring a physical spectacle to their stage presence, a technique polished over many years experience in musical theatre and a quality Aoife describes as having an element of escapism behind it.

“We both had musical theatre backgrounds. I wouldn't say the music is too influenced by that but our performance style is. There is a lot of theatrics and choreography involved. When we go on stage, me and Ellie aren't really me and Ellie. When we put on our mad jumpsuit or whatever we have for a performance, we act it out, and obviously we can feel it as well – but it’s like an alter-ego.”

The theatrical background is evident in the band’s persona, the musical influences however a more difficult to define. The sound has been compared to other Irish and international bands including tUnE-yArDs and the vocal ensembles could easily be lined up with Bjork or David Bowie. The 23 year old insists, however, that while she had listened to Bowie growing up, the sound coming from  Æ Mak is very much organic material.

“I listen to a lot of folk music which I don't think reflects in our music so I'm not sure what influences our sound. I've always had an ear for melody and harmony and when I'm writing songs that's where it always starts. I can't really pinpoint how it comes about all the time, we don't have a method.

“Then it organically happened the way we perform it. There was no grand scheme or grand plan for that. It happened in a 'little movement by little movement' way. It took us two years to perform live.”

Describing the music, she added: “It is pop - its alternative pop but it is not bubblegum pop. We try to focus the sound on our vocals. So the vocals are always in harmony or unison, they always stand together, whether it is an interweaving melody or whatever, the vocals are always written first for sure.”

The 23 year old singer divides her time between Dublin and Dundalk, and when she's not involved with rehearsing, she teaches music and piano locally. On Dundalk's local music scene she describes used the term “special” but laughed that she could be biased having been so heavily involved for so long.

She added: “All the bands developing here are amazing, they're all really talented and creative. Everyone supports each other so well, its great.”

The pop duo is set to hit the road throughout April and May this year, along with their five piece band; dates and venues will be announced in February. A new single is set to be released with an accompanying music video in March.

Further information on these dates can be found on the bands Twitter Profile @AEMAKofficial and the tracks from their EP launched in November 2016 can be found on www.soundcloud.com/aemakofficial