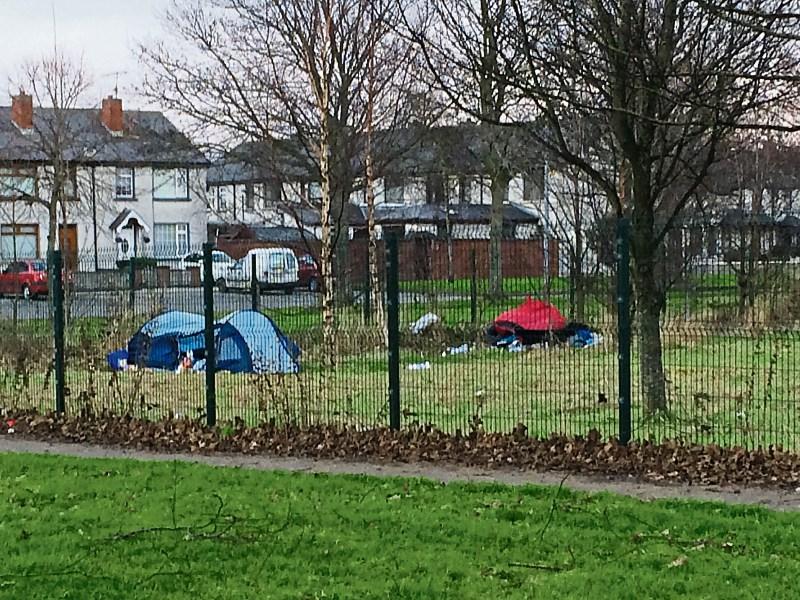 A new homeless support group are seeking the help of a local premises owner to set up a drop-in centre for the homeless.

'Dundalk Homeless Support Group' - one of two separate groups set up in the aftermath of the death of a rough sleeper - want a 9am to 9pm drop-in centre.

The group are not-for-profit and do not accept money donations.

Rather, they ask people for their time or to donate warm weather clothing.

“I believe that are currently at least eight people sleeping rough in Dundalk,” Kelsi Adams told the Dundalk Democrat. “Many of these people have completely dropped out of society, and do not have access to a medical card or social welfare.”

Kelsi believes there is a gap that some people within the homeless community can fall through.

“For whatever reason, some homeless people will refuse to use or will be refused from service providers.

Substance abuse issues and mental health issues of some homeless people mean they are in jeopardy.

“We want to help these people, as we all makes mistakes and all need a help back up.”

Progress has been fast for the group, who last weekend held an open day at the Outcomers Centre on Roden Place.

They handed out warm weather clothing, sleeping bags, tents and food parcels. They also handed out 'blessing bags', which include vital toiletries such as toothpaste and soap.

“We've already delivered eight tents since we started on St Stephen's Day. It shows you that people understand the scale of the problem.”

There was a huge turnout, both volunteers eager to help and homeless people looking to avail of the support.

Kelsi has lived in US and Canada and helped with homless people there, as well as working with the Simon Community on this side of the pond.

Having lived in Dundalk for 12 years, she has seen how the crisis has deepened in that time.

“There's one area where one homeless man was living on wasteland just north of the Newry Bridge.

“He had two tents there now. I dropped in to see him one morning and bought him breakfast. I came by again later in the day and he was gone.

“The two tents are now full of rubbish and are infested with rats.”

Despite this, Kelsi found that other homeless people were now using the same tents.

“There are people with no fixed abode, who effectively fall off the grid. I even know one elderly man who is unable to formally identify himself. He refused to take the offer of shelter from anyone. He's become institutionalised to the streets.”

“We hope - if all goes to plan - to be stationed outside the Red Cross in Seatown three times a week.

“We are also hoping to have the use of their hall once a month so that their medics can give much care to homeless people.

“What we hope long term is to have a drop-in centre . If there are any vacant premises holders in the town centre who think they could help, we'd love to hear from them. Likewise, if we could get someone who could sponsor the letting of a premises or a building, it be a huge step forward.

“We don't accept money but we do accept people who want to offer their time. We are not looking for government funding either.

“We have therapists, hairdressers, addiction counsellors and people from all walks of life that have pledged their time.

The group is a completely separate group to Dundalk Save Our Homeless.