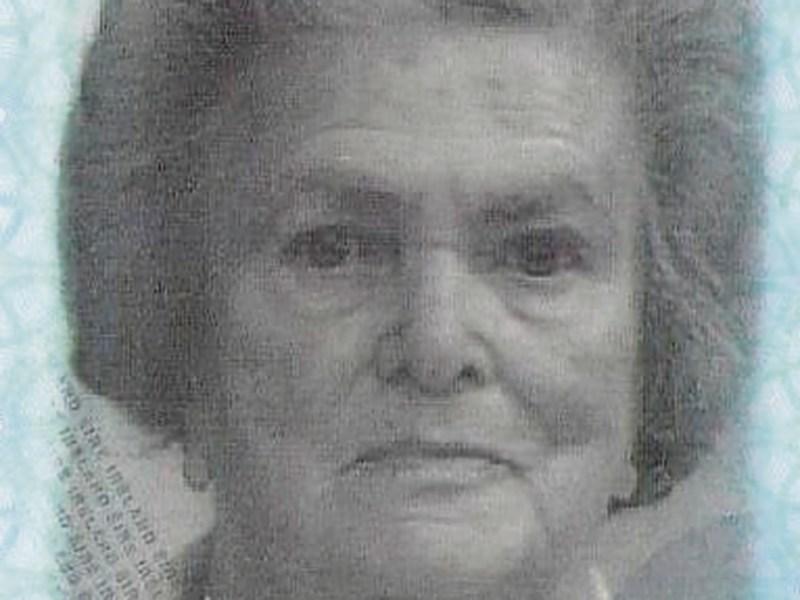 (Anna Hamilton, who died peacefully in her 94th year on December 20 last, was the eldest surviving resident of the Clermont Park estate in Haggardstown.

She lived there most of her life after moving to Dundalk from her native county of Cavan.

She enjoyed good health until her 90th year but had to contend with much tragedy and grief with the death of two of her sons Gerard (24) and Kevin (40), followed by the demise of her young grandson Darren.

Gerard was a victim of one of Dundalk’s worst fatal road accidents which claimed five lives on the outskirts of the town on the former main Dublin Road in 1980.

Anna, however, bore these heavy crosses with great dignity and forbearance.

She was born into a family of seven of the late Paddy and Rose Anne Brady from Crosskeys, a village between Ballyjamesduff and Cavan Town. She grew up there and attended school locally.

She came to Dundalk in her 20s, engaging in housework and caring for children. She met local man Alfie Hamilton at a dance in the former Pavilion ballroom in Blackrock.

Alfie worked as a bus driver and also in the former Dundalk Engineering Works before moving to the Ecco electronics factory in later years.

The couple married and settled and reared their five children in Clermont Park.

Anna, like most women of her generation, took on the primary role of caring for their four sons and daughter while also running the home.

She was quiet by nature and essentially a homebird, her one outside leisure pursuit being involved with husband Alfie in the rearing and racing of greyhounds.

This entailed going to watch their dogs race at Dundalk and other stadia, including Shelbourne Park in Dublin and Dungannon.

They had one quite successful performer named “Little Oak.”

Anna was also for a brief time a voluntary worker with a Re-Hab support group in Blackrock.

In her later years, television was her main source of entertainment, and she was an avid follower of the soap series, and wouldn’t be interrupted during the times they were shown!

She spent the last three and a half years in the tender and loving care of Saint Peter’s Nursing Home, Castlebellingham where she and members of her family were treated with the utmost kindness and consideration, and she was happy and enjoyed the craic with the staff.

After reposing at Shevlin’s Funeral Home, Dundalk, Anna was taken to her local church of Saint Fursey’s for Evening Prayers led by Father Padraig Keenan PP.

Father Keenan celebrated Mass on the Thursday morning and delivered the eulogy.

Gifts symbolising Anna’s life consisting of family photographs were presented at the altar by great-granddaughter Katie and great-grandson Danny O’Brien.

The Offertory gifts were taken up by daughters-in-law, Margaret and Ena Hamilton.

The music was provided by Olivia Finnegan and Roisin Crawley.

Month’s Mind Mass is on Sunday, January 22 at 11am in Saint Fursey’s Church, Haggardstown.