Jane had a very kind and selfless nature about her 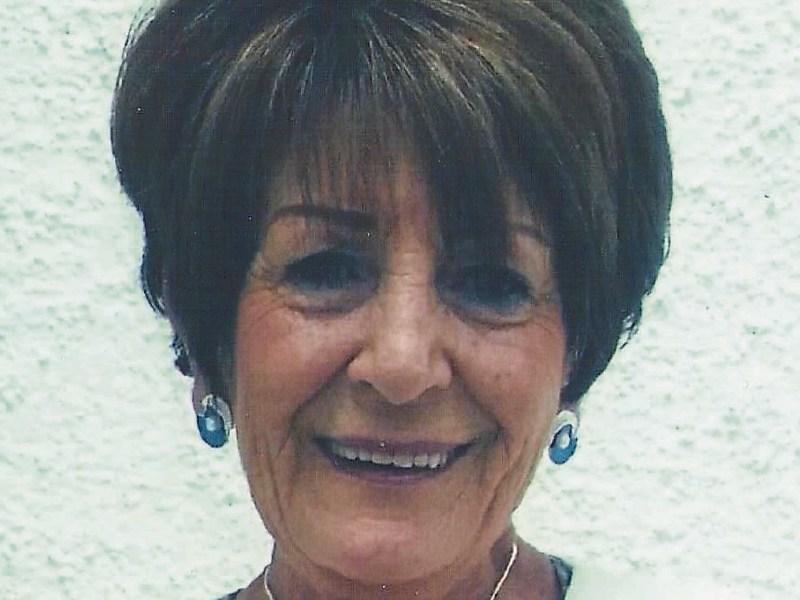 Jane (Janie) Gaskin who died at Our Lady of Lourdes Hospital on December 13 last was born and lived most of her life in the Fatima area of Dundalk.

Janie married Brendan Gaskin from Williamson Place and they had six children.

She was a lady whose needs were simple with a very kind and selfless nature who lived for her children and grandchildren as well as having a wide circle of friends and good neighbours.

Her home was always open to callers and she loved nothing more than friends calling to her and having a chat.

She enjoyed spending time with her family and grandchildren and going shopping with them and on days out. She was a glamorous and “with it” lady who took a great pride in her appearance and looked forward to having her hair done.

That pride embraced the manner in which she kept, modified and improved her home, for which she not alone had great ideas, but the many skills to carry them out. These included everything from painting and decorating to turning clothes into different uses.

She was an inspiration to family and friends in that she grappled long with health issues but never complained.

She was the second eldest of John and Stella Boyle's four children, and is the first of her siblings to die. She grew up attending Fatima National School.

Her working days were spent in the local shoe and restaurant trade. She was employed in Clark’s factory and the Adelphi restaurant in the centre of town.

In her days in Clarks she joined the factory variety group which took part in the then very popular talent contests staged in the town hall.

In more recent years, she worked as a volunteer in the North Louth Hospice Foundation shop at the Ramparts, and was a helper with Daffodil Day.

Janie was well-travelled, enjoying holidays with friends and family members in places such as Lanzarote and the United States.

Though shopping was a favourite pastime, it was for others that she mostly bought, with the extent of her kindness and generosity only afterwards becoming known.

She passed away peacefully surrounded by her loving family at Our Lady of Lourdes Hospital. She was predeceased by her parents John and Stella.

After reposing at her daughter Linda’s residence, Janie was taken to Saint Joseph’s Church, Castletown on December 16.

The Readings were given by granddaughter, Ciara Donnelly and close friend, Catriona Hollywood, with the Prayers of the Faithful led by grandchildren, Keane Gaskin, Dylan Lindsay and Aoife Byrne.

Gifts symbolising Janie’s life were presented at the altar by grandchildren, Caoimhe Gaskin, Chloe Lindsay, Saoirse Gaskin and Ashlinn McArdle, while the Offertory gifts were taken up by two more of her grandchildren, Oisin Gaskin and Niamh Donnelly.

The music was provided by Olivia Finnegan and Roisin Crawley.