Family meant the world to Eamonn 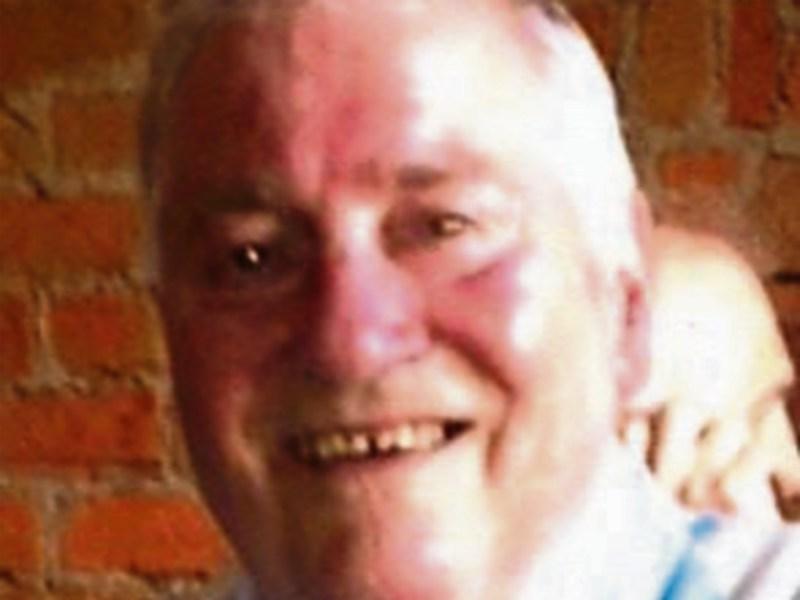 The death occurred suddenly of Eamonn McGuirk at his home, 7 Nicholas Street, Dundalk, on December 4, 2016.

Born in 1943, Eamonn was the youngest of nine in the family of Edward and May (nee Gray) McGuirk.

He spent most of his life in Dundalk. Born and reared in Hyde Park, the Quay was a place he truly loved.

Eamonn attended the CBS primary school and the Point Road school, always claiming to be a man who was well-educated.

At the age of 19, he decided to move to London, where he created unforgettable memories in the managing of bars, of which he told many a story.

On returning to Dundalk at 21, he met the love of his life, Rosena (nee Crawley) on a blind date; and despite his good looks and charm, he knew she was the one.

They went on to have four beautiful children, Carol, Eamonn, Fiona and Siobhan.

In his early 20s, Eamonn worked in McArdles Coachbuilders, but spent the majority of his years in the Adelphi, where he made many lifelong friends, who will remember him fondly.

Following a slight illness, Eamonn gave up his days in the Adelphi, and stayed at home to take on the role of a number-one father and grandfather. Family was his life; he was a caring and proud man, who idolised his wife, children and grandchildren.

He was a great character, and never failed to turn a bad situation into a good one.

Eamonn was a very honest and straight-talking man, whose advice would never put you too far wrong.

He was someone who enjoyed the simple things in life, a wee pint among them, which never failed to put a smile on his face.

He loved a flutter, and this was part of his daily routine, whereby himself and his best friend, Eamonn Jnr., would do a few bets on the horseracing and golf.

He enjoyed many trips to the races with his family and, if he had a bit of luck, there was no doubt they would be all looked after.

Eamonn was one-in-a-million, and his sudden death has brought great sadness to all of his family.

He was predeceased by his mother, May, father, Edward, brothers, Gerry, John, Paddy and Tommy and sisters, Lizzie, Margaret and Rosie.

After reposing at his home, Eamonn was brought to St. Joseph’s Redemptorist Church, where Mass was celebrated by Fr. Eamonn Kavanagh.

At the beginning of the Mass, his daughters, Fiona and Siobhan, and grandchildren, Shane and Kerri, brought forward the gifts that symbolised Eamonn’s life: a Racing Post newspaper, Sky remote control, his favourite hat and a pair of binoculars, all representing his love for horseracing.

Yvonne Brennan and Seauna O’Connor gave the Readings, while his grandchildren, Shane, Nicole, Clara, Erin, Karli and Lee led the Prayers of the Faithful.

Grand-daughter, Kerri, wrote a reflection about the life of her grandfather, which she read out at the end of Mass.

The lovely music was provided by soloist, Sarah McCourt and organist, Trevor Clarke.

The Month’s Mind Mass was on Sunday, January 15, 2017 in St. Joseph’s Redemptorist, Dundalk.