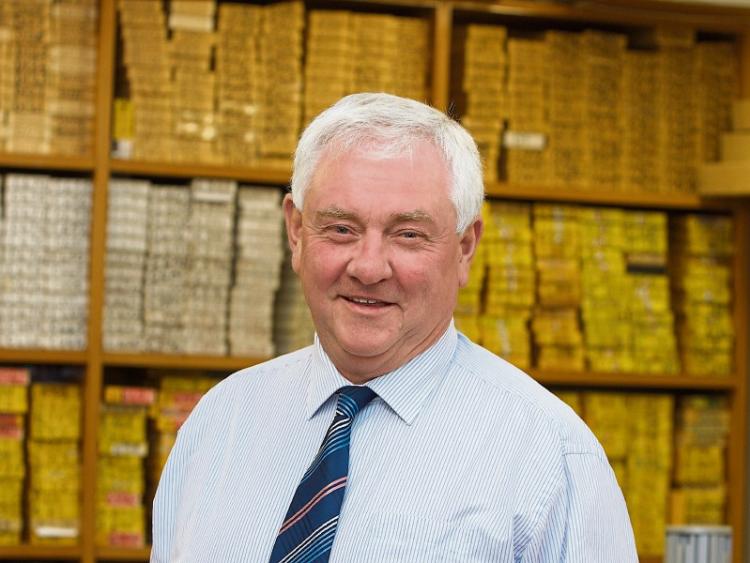 Sean Walsh from Tallanstown proves the value of DkIT's Springboard courses when it comes to providing people with a second chance at higher education.

Despite having to deal with the effects of undiagnosed dyslexia at school in the 70s, and missing out on third level education as a result, Sean nevertheless managed to carve out a successful career, first as the owner of his own transport business for 20 years, and then as a Customer Service Supervisor and Senior Traffic Operator with P&O Ferrymasters in Dublin Port for 18 years.

When P&O closed the Dublin office in August 2015 to move to Larne, Sean knew it was time to make his own move into a completely different area.

He has always been a lifelong learner and even when working full-time with a growing family, he was always attending work-related evening and adult learning courses, constantly updating his skills and attaining numerous accreditations and certificates.

It was his lifeskills, ‘can do’ attitude and keenness to learn, together with his track record in lifelong learning, that impressed Dundalk Institute of Technology enough to offer him a place on the Springboard course of his choice, the Level 7 Certificate in Digital Marketing and Digital Media Management.

Sean is an unpaid director of Lensmen, one of Dublin’s leading photographic and videographic agencies. Established in 1952, Lensmen boasts an extensive image collection of historical note and in 2012 it set up a sister company, Irish Photo Archives, to manage it, which is overseen by him. Sean said, “I was drawn to Digital Marketing because photo agencies have now evolved to include videography, an essential part of digital marketing communications.

“It also links in with a project close to my heart, the transfer onto digital of the images in Irish Photo Archives. They were taken at almost every key Irish event so it’s an historical treasure trove of visual memories.”

Sean became involved in the project while working full-time at P&O and when the redundancy came, he decided to use the opportunity to learn a new skill. DkIT’s Digital Marketing course seemed like a natural progression for him.

Not only did he find himself thoroughly relishing the challenges of the course, he also discovered support for his dyslexia as well.

Speaking about his experience on Springboard, Sean said, “I wasn’t expecting written exams and it set me back a bit because of my dyslexia, which of course, I had said nothing about because I was so used to hiding it, a legacy of my schooldays and the fear that it would hamper me getting work. When my son found out, he soon put me right and once I told the college, the support they gave me was exceptional. There were no more written exams as I was able to use a PC so I flew after that.”

Sean still has a passion for transport and is now looking at where he could combine this with his newly-acquired skills. “I’m continuing to work on the photo archives but I also love where I live and it has some wonderful areas that are completely overlooked by Irish and international tourists. I think there is definitely scope in working with affiliates to establish a niche tourism business and that is going to be my next project.”