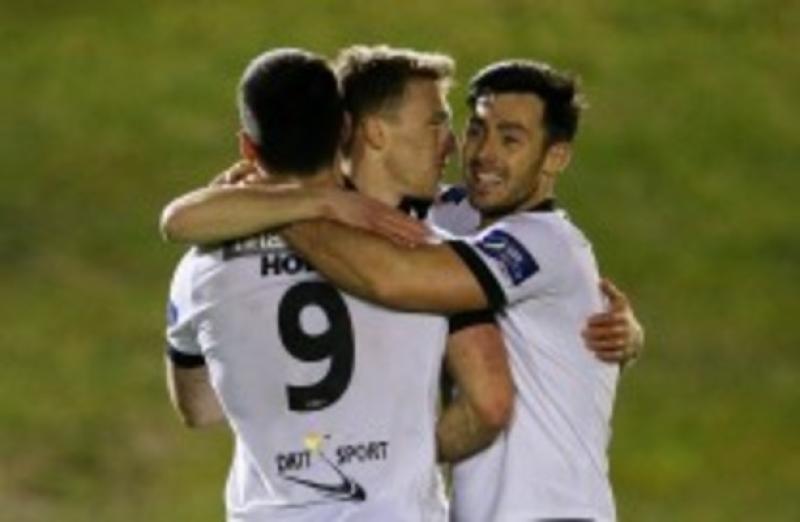 Former Dundalk marksman Pat Hoban was the hero for Mansfield last night as they booked their place in the quarter-finals of the EFL Trophy.

Hoban scored twice in the final six minutes to give his side a 2-0 victory over League One outfit Oldham Athletic, leaving Mansfield two wins away from a final appearance at Wembley.

“It’s an old cliché but you have to take each game as it comes. I’m looking forward to the next round and seeing where it takes us,” Hoban told Mansfield Town’s official website ahead of tomorrow’s quarter-final draw.

“I was [at Wembley] twice last year with Grimsby and it’s a great occasion. Everyone will want to get there and I’d be lying if I said the lads didn’t want to get to Wembley. It’d be a great occasion but there’s still two games to go. It was great to get two goals, of course, but it was just good to get through a game like that.”

Hoban [25] moved to England in 2015 to join Oxford United after finishing 2014 as Dundalk’s top goalscorer. The Galway native scored 20 times for Stephen Kenny’s side as they won their first Premier Division title in 19 years.

However, Hoban was restricted mostly to substitute appearances during 18 months with Oxford. He scored three times in 43 games and went on to have brief loan spells with Stevenage and Grimsby Town.

He joined Mansfield last summer and last night’s brace took his goal tally for the season to six in 17 appearances in all competitions for the club who lie in 14th place in League Two.