A devoted mum of three and a wonderful friend and neighbour 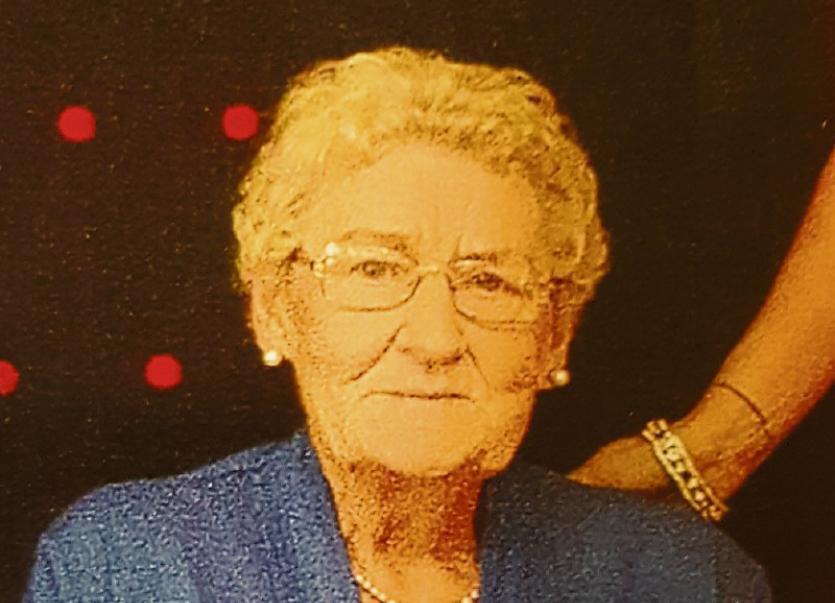 Maureen Connolly late of Roodstown, Ardee passed away at home on 14th December 2016 surrounded by family and friends after a short illness.

Maureen 85 was daughter to Kathleen and Paddy Coleman and she was their eldest of nine children. Maureen grew up in Hilltop Ardee and was educated in the Mercy Convent. She then worked in the GEC Dunleer for many years.

A devoted mother of three, survived by son Sean and daughters Anne and Julie. Maureen was a much loved Nannie to eleven grandchildren and four great grandchildren. A wonderful friend and neighbour which was clear to see with all the visitors to her home over the years and in celebrating her life.

Maureen loved her garden and cooking, always enjoying baking for her extended family making wonderful treats of apple tarts and cakes. The kettle was always on for a cup of tea and the chat.

Maureen had a strong faith having visited Lourdes, Padre Pio's home San Giovanni and took an annual pilgrimage to Knock up until last year. She had a very strong faith which she held dear.

A special thank you to Dr. Murray and all the wonderful nurses, palliative care and carers that cared so well for Maureen in the last weeks of her illness.

After reposing at her sons residence Maureen was taken to St. Nicholas Church, Stabannon for funeral mass on Friday 16th December celebrated by Fr. Quinn singing was provided by Philomena Gilmore with Adel Commins on organ. Burial took place in Ballapousta cemetery Ardee reposing with her husband John.

Months Mind Mass is on Sunday January 15th at 9.30am in St Nicholas Church Stabannon.