Sarah was always such a shining light 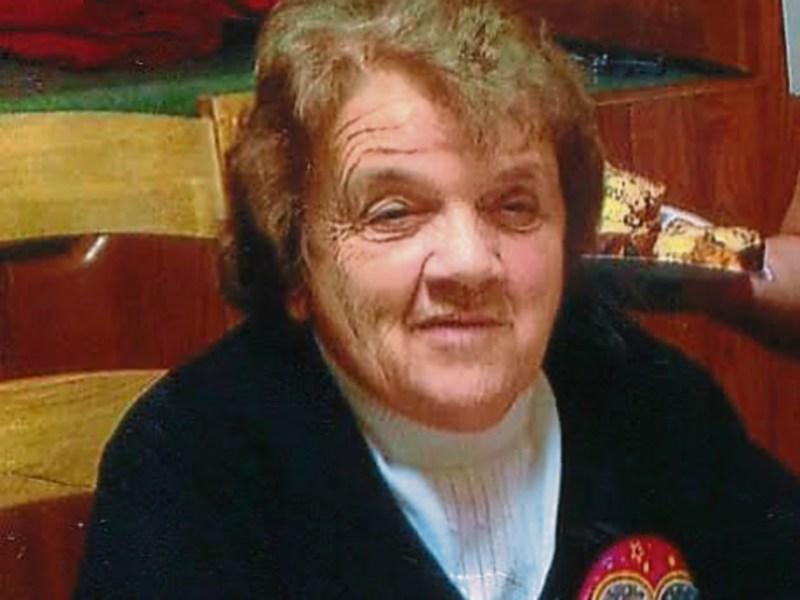 Mrs. Sarah McGivern (nee Ward) passed away peacefully on December 9 last in the loving care of the staff of North-Hill House nursing home, St. Austell, Cornwall, England while surrounded by her only remaining sister, Mrs. Margaret Sanders, and her family, Brigid, Claire and Margaret.

This news cast a deep shadow of sadness over the entire community of Omeath village, her native Ardaghy and surrounding district. Sarah was born and reared and worked there for most of her life, except the last two years, and was very well-known and loved by all.

She was second eldest of the family of the late Patrick and Brigid Ward who resided in Ardaghy, Omeath.

It can be said that Sarah spent her life in the service of others, and was particularly attentive to her parents all their lives, tending to them faithfully in their last years.

She was also a tower of strength to her late brother, Jimmy, and never failed to help him in every way.

Sarah began to work at a very early age, which brought her to Warrenpoint, Newry, and to different parts of England, until she saw the need to return home to her ailing parents.

She had a very successful fast food business on the Shore Road, Omeath, which was open in the summer months. Many a young person was employed by her, and she was a great favourite with all of her customers, especially those from Belfast, who holidayed in Omeath during The Troubles.

In December 1975, Sarah married merchant seaman, Mr. Thomas McGivern, and they resided in Ardaghy, until he passed away in 1988.

She had a great pride in her home, and it was a special treat to visit her there. She was very hospitable and no one got away without being offered a cup of tea and dainties, which she always had in great supply.

Christmas was a very special time for Sarah, and great tribute has to be paid to her nephew, Martin Ward, who was a very regular visitor to his aunt, and never failed to turn up at that time of year to decorate the house for her, putting up the crib first, and then the Christmas tree.

In Sarah’s later years, he made sure she had her needs and dinner daily, which he sent out from his supermarket in Newry, with her cousin, Mrs. Ann Mallocca.

She was very much loved by her extended family of nieces and nephews, and a large circle of friends, who were constant in visiting her, especially in the last few years when she was in failing health.

Sarah was a great neighbour and friend to all who knew her, and she was rewarded for her care and attention to the late Mrs. Molly O’Hagan, by Molly’s daughter, Mrs. Mary Fegan, who, in turn, was unceasing in her concern for Sarah’s welfare, right up to the time of her departure to Cornwall towards the end of August, 2014.

As housekeeper in the Mullany family household for 12 years, Sarah won the hearts of all, and as a tribute to her, Pat and Mary travelled home from London for her funeral.

They also made the long journey twice from London to Cornwall to visit Sarah in the nursing home.

Sarah spent the last two years of her life there, and was visited by her nephew, Martin Ward, and his wife, Teresa-Marie, accompanied by Sarah’s niece, Gabrielle, and other family members during that time.

She was predeceased by her husband, Tommie; brothers, Phil and Jimmy and Mary-Ellen, her sister who died in childhood.

Her remains were repatriated with the assistance of The Kevin Bell Repatriation Trust. Having reposed at Dixon’s funeral home, Dundalk on Sunday, 18 December, a constant stream of sympathisers came to pay their last respects.

The removal took place to St. Laurence’s Church, Omeath, where her remains were received by Rev. Fr. Christy McElwee CC.

On Monday December 19, Rev. Fr. Jim Shevlin, assisted by Fr. McElwee, celebrated Sarah’s Requiem Mass, and paid her many tributes for the life-long practice of her religious duties. Fr. Oliver Stansfield led the prayers at the graveside.

Mrs. Fidelma Bellew was the organist, accompanied by vocalist, Mrs. Carmel Rice, and their music and singing enhanced the liturgy, which was a celebration of Sarah’s life.

The large attendance at her funeral was testimony to the great esteem in which Sarah and her family were held.