The dynamic little athlete from WIlliamson Place in the town 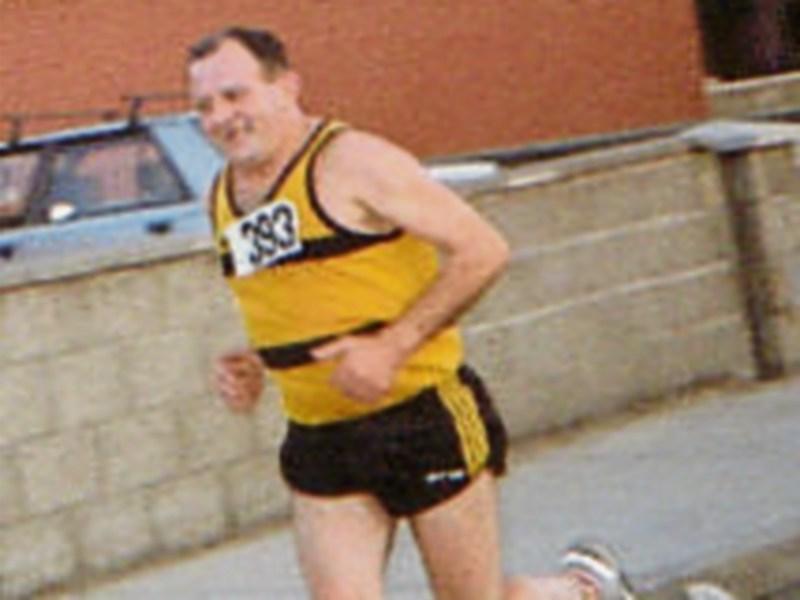 The death occurred of Peter Martin on the 11th December 2016 in his home 11 Williamson Place, where he was born surrounded by his loving family.

He ran cross country all his life, and every Sunday he was at a race. He was chairman of Mountpleasant AC, the club he loved so much. He founded the Harp Lager Running Club and got all the boys out to run; it didn’t matter what your job was, everyone was to run.

He also raced at the weekends in business house races and would take home medal after medal of which he was so proud to win. He also ran a few half marathons and full marathons.

His collection of All-Ireland medals was countless. He was also a member of the Gaels Football Club where he trained the juveniles and at Cumann Peile na nOg level.

As well as training for races, Peter would prepare the field, make his own flags, paint them and put them away till the next race. He also never went to a race without a first aid box because when you run in your bare feet you don’t know what you’ll come across.

When you would go out to Mountpleasant, Peter was always marking the field or fixing the ditch to make it easier to get through. He also made a great course up in the Furry Glen – off the Carrick Road for the Harp boys to go for a run on their lunch break.

He was born in 1929 into the family of John and Bridget Martin. He was one of a nine children, with brother John, Pearse Park the only surviving sibling.

Peter went to St Malachys boy’s school where he left at 12. He worked as a message boy with his father in Leverett and Fry and then got a job in the Great Northern Railway where he spent 19 years.

After that he moved to the Harp Lager Brewery where he retired at sixty five in 1994, after twenty seven years of service. He had time then to take his grandchildren places and go on holidays in some exotic locations where he enjoyed every minute. He also went on cityscapes at Christmas time for the Christmas markets.

His family thank the doctors and staff of the Mater Private Hospital, the Hospice, Palliative Care, nurses who were so kind during Peter’s illness, kind neighbour Irene for her help; friends and family. Also all the people who called to the house, his two coffee friends, Brendan and Mick, and his long-time friend Stephen who were so attentive to him, along with Rosemary and Oisin from Mc Geough’s Funeral Directors for their sincere kindness.

After reposing at his home on Monday 12th December 2016, Peter was taken to St Patrick’s Cathedral on Wednesday 14th December. Mass was celebrated by parish administrator Mark O’Hagan and was followed by burial in St Patrick’s Cemetery where a large crowd attended.

During the Mass his three daughters brought up the gifts symbolizing his life, with Aine presenting his runners , Geraldine his running vest and Linda a photograph of the Mountpleasant 1952 team.

The first reading was given by granddaughter, Katie Mc Eneaney and second by great grandson, Aaron Mulholland Grandsons, Jamie Martin, Conor Martin and Peter Mulholland, along with granddaughter, Jennifer Mulholland and niece, Mary-Amanda Kieran led the Prayers of the Faithful Twin sons, Jimmy and Peter Martin brought up the Offertory gifts.

Granddaughter, Katie Mc Eneaney read a reflection on behalf of Peter’s other granddaughter Ruth Mulligan who wrote it studying abroad in France and could not make it home for the funeral.

The beautiful music was provided by Brendan McCourt and his daughter Sarah. Burial

Month’s Mind was on Sunday January 8th in St Patrick’s.