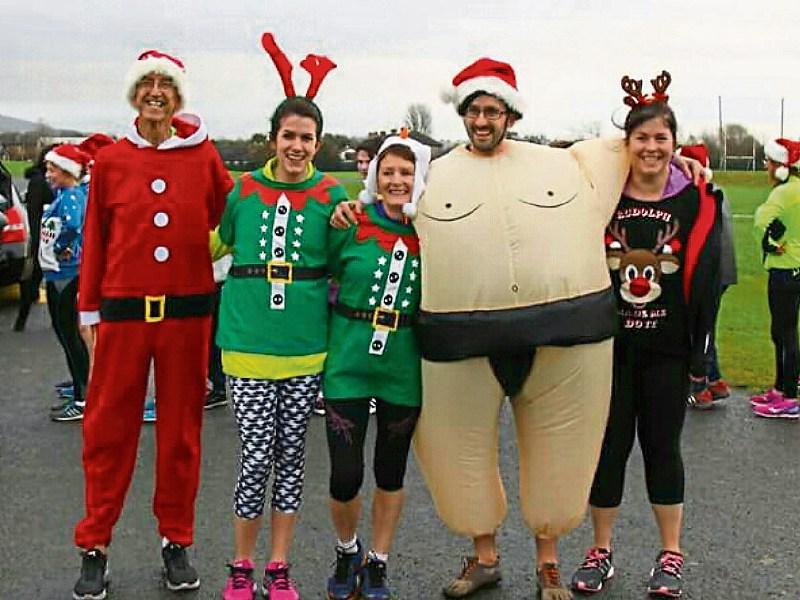 This year €890 was raised with over 100 people attending, many dressed up in Santa out fits, hats and even one as a sumo wrestler. Everyone walked, jogged and ran the one mile loop of DKIT sports pitches. GOAL Miles are held at Christmas Nationwide.

Now in its 35th year, the event raises funds and awareness for GOAL's programmes in the developing world. One of the country's most popular annual events, the GOAL Mile has become an integral part of Christmas for thousands of families which was evident on the morning.

It is largely because of their support and hard work that the GOAL Mile has become such a success.

The organisers would like to thank everyone for coming out and supporting GOAL.