Mary had a strong faith and devotion 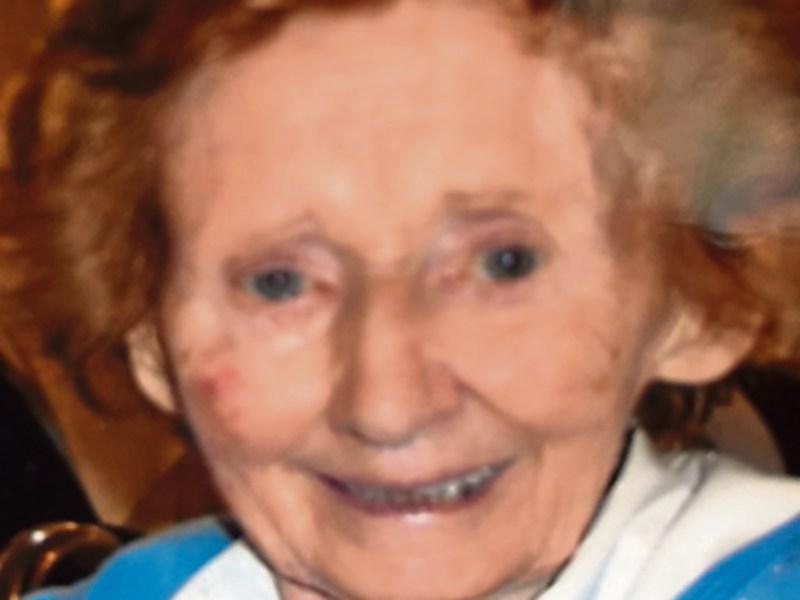 The death of Mary McCabe Ardaghy, Dublin Road took place at Our Lady of Lourdes Hospital, Drogheda on December 8 last less than a month after her son Gerry died.

Aged 85, Mary was born in Belfast. She was the second youngest in the large family of Robert and Margaret Toomey (nee O’Hanlon). Her aunt Brigid O’Hanlon resided in Omeath and she spent her summers there and a lot of her childhood with her siblings.

In her late teens Mary went to work in London. Mary returned to Dundalk and having met Jackie McCabe a few years earlier they planned their future together.

Jackie had taken over the running of his bookmaking business in Patrick Street and Quay Street on the death of his father. Jackie and Mary married in 1954.

Mary took on the role of homemaker and caring for the couple’s six children.

She was a lady of strong faith with great devotion to Our Lady. She was very much involved in the upkeep of the hospital chapel close to their home, ensuring that it was decorated, especially for the big liturgical feasts of the church year, such as Christmas and Easter.

She travelled with the Armagh Diocesan pilgrimage to Rome and the Holy Land, and made further pilgrimages to the other frequently visited holy places of Fatima, Lourdes and Garabandal.

Accompanied by Jackie, Mary also attended the blessing of Padre Pio in Rome.

She engaged in charitable work with Oxfam, volunteering in the local charity shop.

An occasion of great joy in her life was the discovery in 2007 of her long lost brother Danny, and making contact with him again after 40 years. But it was also a year of deep sadness for her with the death of husband Jackie.

She maintained regular contact with Danny in London, visiting him twice a year until his death in 2012, when he was laid to rest in the O’Hanlon family burial plot in Omeath.

Mary’s health became fragile and she needed full-time residential care. She entered Saint Peter’s Nursing Home, Castlebellingham and spent the last 16 months there under the excellent care of the staff, and constantly visited by her children.

A daily visitor was her youngest son, Gerry whose sudden death on November 11 was devastating for the family. She was also predeceased by her grandson, Dean.

After reposing at her residence on Friday, Saturday and Sunday Mary, as was her wish, was taken to Saint Joseph’s Redemptorist Church to spend the night with Our Lady. Prayers were recited on her arrival, and music played by violinist Evelyn Crawley

Music was provided by Trevor Clarke on the organ and singer, Sarah McCourt,