QUIZ: The many 'Terraces' of Dundalk 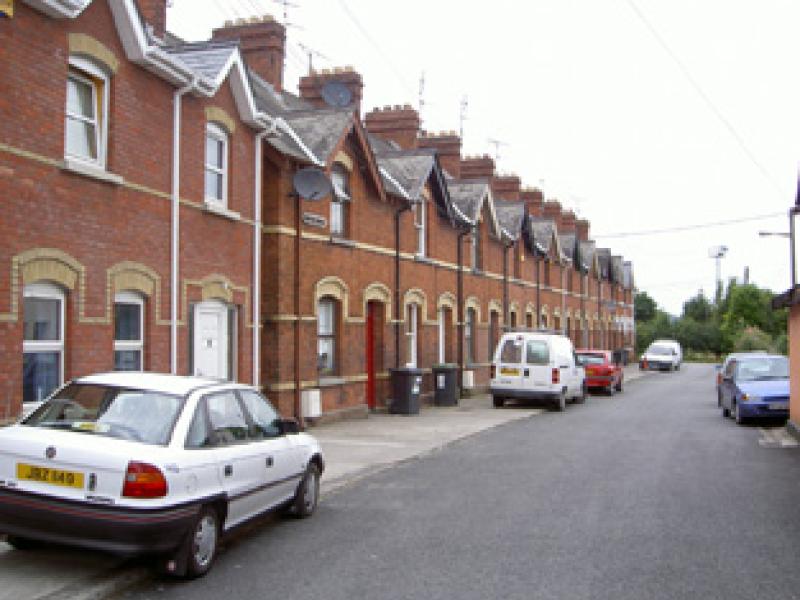 How many Dundalk houses have the address 'Terrace' on their name plates?
This question was inspired by a local man who challenged me to name as many house terraces as I could in Dundalk.
The answer is 'dozens of them' and that probably does not include many that have no name plates on them! There is about ten of them in the Seatown/St. Mary's Road area and maybe as many each along the Castletown Road and in the Hill Street/Dublin Street area! Most of the Dundalk terraces were built of red bricks, manufactured locally!

Where are the following houses that have plates on them?

Reagan's Terrace?
This red brick terrace is at the top of the Long Avenue, in the middle of the two storey houses that used to be known as the 'Pork Factory Houses' because they were built to house the workers in the old Lunham Brothers' Pork Factory in about 1900.

Demesne Terrace?
This terrace is not in the Demesne now although it may have been built on land that was once part of the old Dundalk House Demesne.
It is located off the Carrick Road, overlooking the main Dublin-Belfast railway opposite Clarke Station.
These houses were built to house workers on the railway system and had an entry down to the Paint Shop.

O'Connell's Terrace?
This is the terrace of houses on Barrack Street, between Quay Street and the Buttercrane Lane.
It was named after Henry O'Connell who owned a number of grocery and licensed trade premises in town, including one at this corner which later became King's 'Cosy Bar', now demolished.

Annaville Terrace?
This is the row of red brick houses on Chapel Street which have their backs to the Irish Christian Brothers' National Primary School.
They were built in the middle of the nineteenth century.

McCormick's Terrace?
The row of small single storey houses that were built along the east side of the narrow part of St. Alphonsus Road, beside St. Joseph's Redemptorist Church.
They were probably built to house workers at the Barrack Street rail terminus in the 1840s.