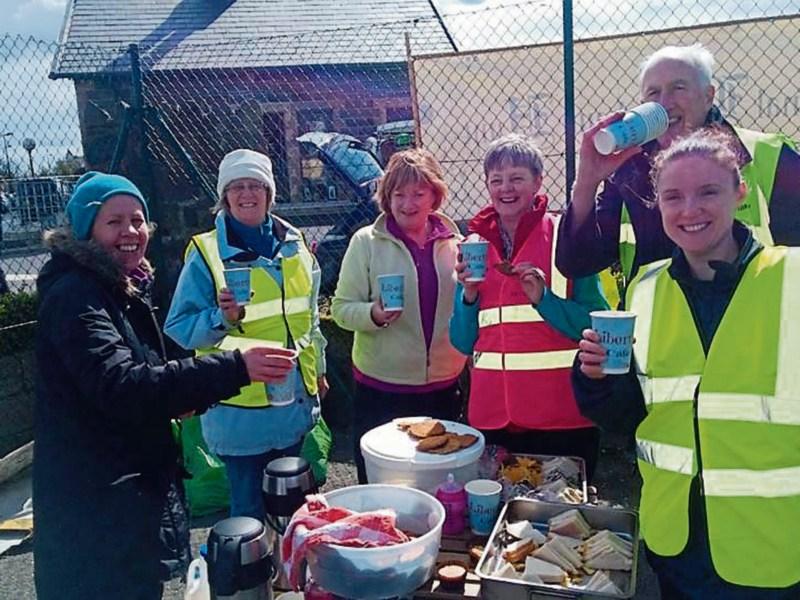 TO keep informed about the stellar work carried out by Carlingford Tidy Towns you can always check out their Facebook page, Like and share their posts.

But what the hard working group would really like is for you to join their numbers and lend a hand so they can meet their goals for the New Year.

“We need volunteers to help us put into action our 5 year plan which was put together by an ex tidy towns judge. If you would like to help by volunteering or donating telephone Gerry on 0872422157 or email mcgarrityjg@gmail.com”

And its not all about tidy towns and litter in spite of what the name suggests. The judges look at landscaping, open spaces, residential areas, the built environment and approach roads, street and lanes. The importance of sustainable waste and resource management and the provision for Wildlife, habitats and natural amenities is a new direction the competition is taking.

In fact the group can reflect on a very productive 2016 with a diverse range of projects under their belt,

“This year kicked off with Trashion Fashion, Ciara Greggory of Carlingford got an award for her dress made of oyster shells. March was a busy month. Resin bases were placed around the trees on the promenade to keep the weeds at bay. Seven Oak trees planted at the Foy Centre and a community notice board installed’.

“In April we had our National Spring Clean, we were joined by kids from the Cooley parent toddler group and St Oliver’s National School for a beach clean and litter pick. The Ecotribes garden a joint venture with the school was opened’.

“May brought a Bees and Butterfly identification workshop to Carlingford, hosted by the National Biodiversity data centre and we held a joint coastal clean up with ‘Love your Lough’ and Clean Coasts’.

“In June we re-painted the children’s playground and also painted several walls, fences and gates in town. Murals were painted opposite the Church. A Reusable takeaway coffee cup scheme was introduced to Dan’s and Liberty Café in association with Louth County council’.

“In July we installed some new post mounted litter bins which were well received. September saw new tarmac in the main carpark and relocation of the bottle banks by Louth county council. In the Louth Looking good awards Clos na Monach and St Olivers Park got awards as did The Kingfisher, PJ O’Hares, The Baytree and Mc Kevitts Hotel. We also got a runner up environmental award’.

In December the group launched a 'no junk mail please' campaign . 400 stickers for letter boxes have been obtained from the Southern waste region. We hope this will reduce junk mail in Carlingford. We would encourage use of social media, web links and posters to advertise as opposed to leaflets. Stickers are available from Dan's and Liberty cafes.

We are also hosting a 'reusable nappy and baby sling demo' on Thursday 19th January in association with local business 'Baba me' and Cooley parent and toddler group. The demo will take place at St Mary's parochial hall Cooley 10am Thursday 19th January. The aim is to help prevent waste from disposable nappies by introducing alternatives’.

“We are up 10 points in 2016. So come join us and help us get more points next year. Volunteering is proven to make you happier, so why not?”