Finn set for shock move back to Rovers

Midfielder follows Horgan and Boyle through the exit door 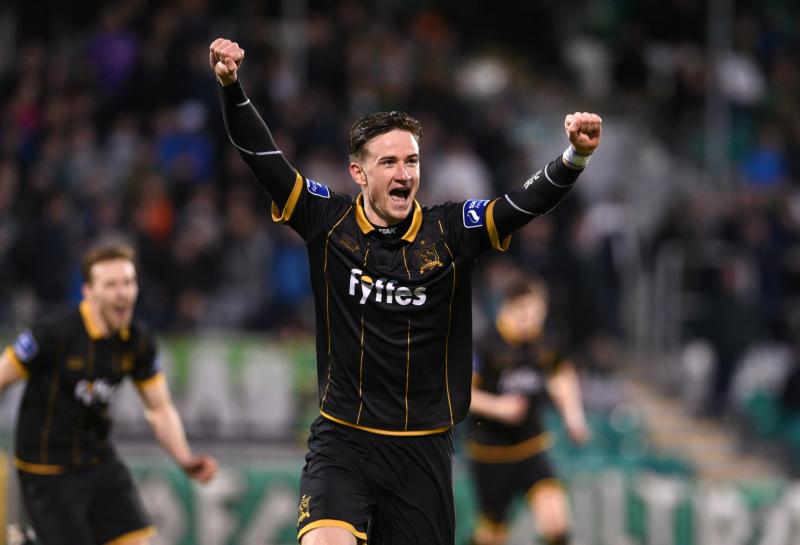 Ronan Finn is set for a move back to Shamrock Rovers. Picture: Ciaran Culligan

Just hours after Stephen Kenny admitted that there would be more departures from Oriel Park, it was confirmed that Ronan Finn has left the SSE Airtricity League champions to rejoin Shamrock Rovers.

Finn moved to Oriel Park ahead of the 2015 season and went on to win two league titles and the FAI Cup as well as playing an integral part in Dundalk’s European run this year.

Speaking earlier in the day, Kenny said that he was bracing himself for more departures but stressed that the club ‘would not compromise’ on the methods they have implemented over the past four years.

“Sometimes when you get a season like we had, where you've almost achieved everything you can possibly achieve, people reflect and think ‘what else is there to do?'

“Success can change people. People start thinking about their jobs and their life outside of football and they start to look at other factors.

“From my point of view, we have to look and see why we were so successful and one of the reasons for that is that we don't take shortcuts or we don't compromise.

“When I was in my first year at Dundalk we turned down players because they wouldn't come and train here. We might lose a few quality players but we won't compromise or change our way of thinking.”

External factors seem to have played a part in Finn’s decision to move back to Tallaght.

The former UCD and Sporting Fingal player, who turns 29 on Wednesday, is expected to sign a two-year contract with The Hoops with the deal also offering him an opportunity to take up employment outside of football.

Finn joins Daryl Horgan and Andy Boyle through the exit doors at Oriel Park and there may be more to come with Stephen O’Donnell, David McMillan and Sean Gannon amongst those who have yet to decide where their future lies.

There is some good news for Dundalk fans, however, with left-back Dane Massey expected to sign a new contract this week.