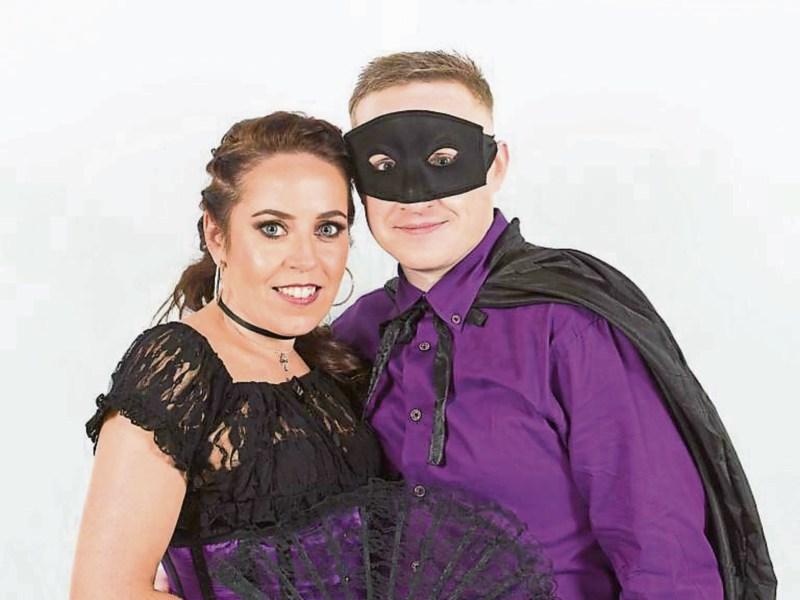 The event was attended by a very large crowd of supporters for all over the Peninsula and surrounding areas and there was great support for the 12 dancers who all performed magnificently on the night, the event was compared by the club's resident MC John Grogan. The Judging panel consisted of Pat Roddy , Rachel Gosling, Karl White and Fr Michael Cusack.

The winners of the dancing competition were Denise Cumiskey and Sean Ryan both local supporters of the club with this being Sean’s second win in the long running competition having won the first Strictly held over 4 years ago.

The winning couple Denise Cumiskey and Sean Ryan performed a Waltz to “Have You Ever Really Loved A Woman” by Bryan Adams. Second place was Rachael Hanratty and John Menary with a Cha Cha Cha Dance to Blurred Lines/Robyn Thicke and Pharrel Williams. Third placed went to Kate Finnegan and Aaron McParland with a Salsa Dance performed to “I Ain't Your Mamma” by Jennifer Lopez.

The event also had two local young singing/musicians artists Leah Kirwan and Cian Mc Keever, who were simply brilliant and the club were so glad to get them to perform before they get famous. “Thank you Leah and Cian, you were fantastic,” said a club rep. “St Patrick’s GFC would like to take this opportunity to thank all concerned on the night especially our dancers who dedicated the last 12 weeks of their lives to practising and preparing for the event and who all performed magnificently , our local dance instructor Ermenia Rice who spent countless hours working out the routines with the dancers, the club’s event organising committee lead by Brian & Mary O Connor , Maria White & Louise Mc Eneaney, Tommy Mc Cann, Eamonn Gosling, and the many members of the backroom team who all worked so hard to make the night a huge success , to our sponsors who have provided continuous support to the club over the years and our gallant supporters who turned up in great numbers on the night to enjoy and celebrate this great club event.

“We look forward to the next event with great anticipation,” he concluded.