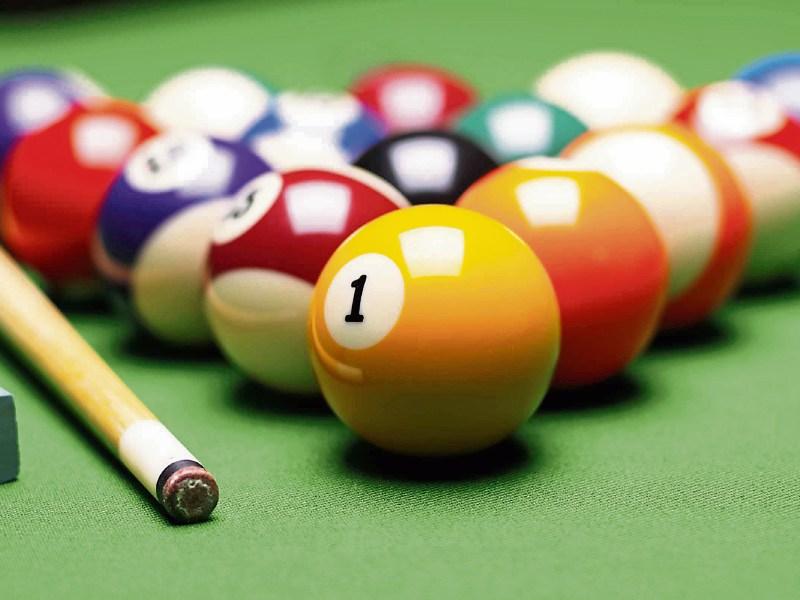 The action continued this week in the Tuborg sponsored pool league and in division two the leaders Castle Bar Rejects travelled to play Uncle Tom’s C.

In the opening game Richard Hennessy had two excellent finishes to beat Shane Dillon 2-0, to put Uncle Tom’s 1-0 ahead.

The match was level when the rejects captain Bryan Crowe played his best pool of the season to beat Neill Dunne 2-0.

With the pressure now on the Rejects they held their nerve as Julio Cesar beat Dermot Connolly 2-1 to level the match and then the unbeaten David McQuillan beat Des Reenan 2-0 to complete a superb comeback by the Rejects.

The final score was 3-2 in favour of the Rejects.

The home team then recovered to win the next three games all 2-0, with victories for Chris Oliver, Michael McAlister and Martin Hayes.

Sean’s Tavern gained a bonus point in the last match when Niall McEvoy beat the Heroes captain Don O’Brien 2-0 to leave the final score 3-2 in favour of Harry’s.

Mrs Soraghan’s Boys travelled to play Cluskey’s and it was the visitors who started best when Martin Myles recovered from losing the opening frame to beat Cathal McKenna 2-1.

The visitors doubled their lead when Paul Murnaghan had two superb finishes to beat Alan Meegan 2-0.

Aidan Lambe got the home team up and running when he beat James Mulholland 2-1 and the scores were level when the Cluskey’s captain Seamus Conroy beat Aidan Little 2-0.

In the decider Jason McArdle played Rory Campbell and it was Rory who took his chances to win 2-0 and complete a 3-2 victory for Mrs Soraghan’s Boys.

In division one Soraghan’s entertained Avenue Avengers and it was the home team who started best as they won the first two games 2-0, with victories for Barry Soraghan and Fintan Dullaghan.

The Avengers got back into the match when Ger Cunningham beat Brendan Dullaghan 2-0 and the scores were level when David Hanratty beat Martin Lambe 2-1. In the decider Dessie Soraghan was the hero for the home team when he beat James Dullaghan 2-1 to leave the final score 3-2 in favour of Soraghan’s.

Commercial Classico’s travelled to play Windmill Red and the visitors were on top form as they beat the home team 5-0.