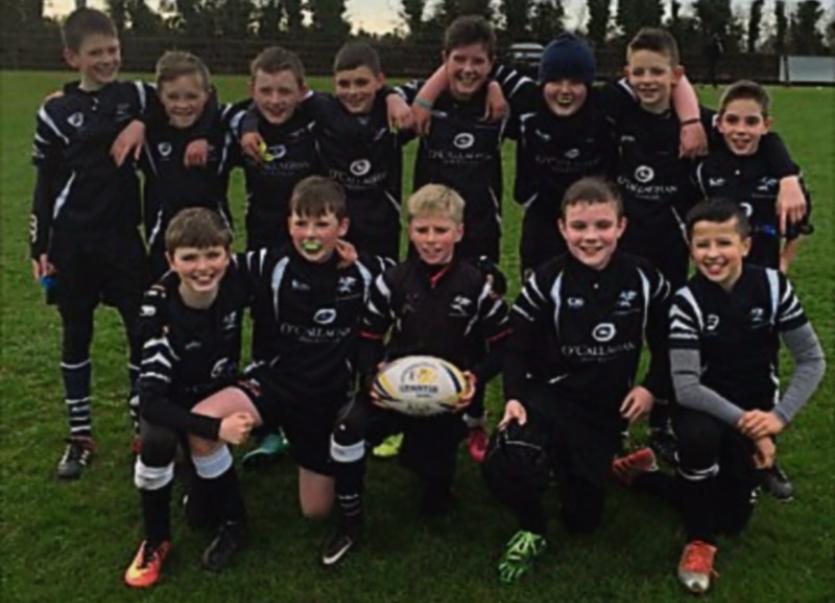 The U12 Sharks headed up the road to play Ashbourne and Ratoath on Sunday morning. The conditions were perfect for rugby and the lads played three matches in total.

Dundalk laid a marker down right from the off in their first match as Ashbourne struggled to cope with Jake Kenny's direct running. Captain for the day, Conor Whyte, led from the front as usual with some ferocious tackles. Try of the match went to Eoin 'the Punisher' Purton who brilliantly turned the ball over and then burst through three tackles to touch down for a five-pointer.

A reshuffle of positions before the second match took the lads a while to get into stride but soon Fionn Connolly and Liam O Conner were controlling matters expertly from the half backs. Euan McArdle and Ben Cahill were the primary benefactors as both notched a brilliant brace of tries each. Jamie Heaslip should be getting concerned as Ryan Martin put in a performance from No. 8 that was truly breathtaking.

His tackle count and physicality were at a level which Ashbourne couldn't match.

The last game pitted the lads against Ratoath.

Although they were a physically bigger side, the opposition had no answer to Dundalk's precision at the breakdown. Jacob Dunlevy consistently kept the defence on their toes with some very intelligent sniping runs.

DD Reilly resembled a little nimble wizard at times as he repeatedly picked holes in Ratoath's defence with some superb runs and delicious passes.

Enda Dooley put his name on the scoresheet with a fantastic bulldozing try at the end of the game.

But player of the day definitely went to Oran Rafferty who put in an absolutely sensational performance that had teammates and opponents alike asking him 'just what did you have for breakfast?'

Training continues at 6.30 on Thursday in the rugby club.