Dundalk shooting for history in Tallaght 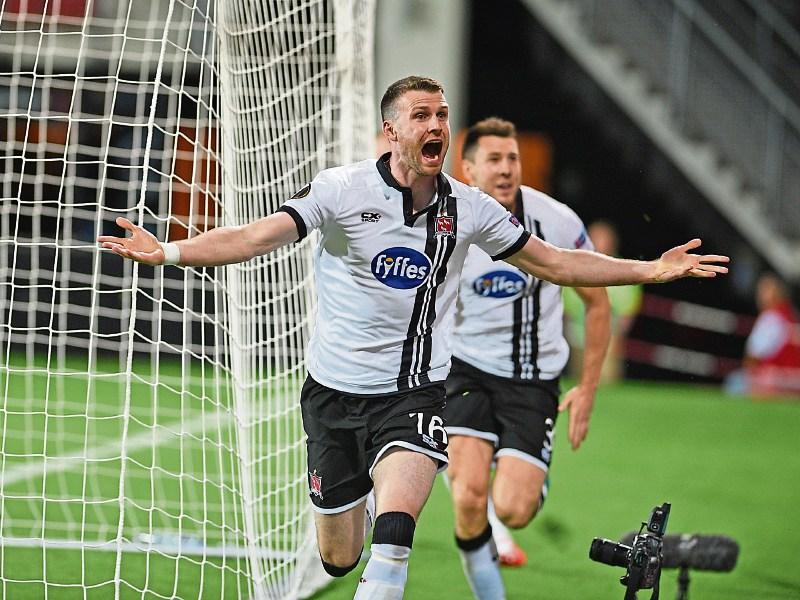 History. This is what Dundalk FC will look to make once again this season by defeating Maccabi Tel Aviv this Thursday in Israel.

Never has the lowest ranked side in the UEFA Europa League group stages qualified for the Round of 32 and a win on Thursday would cement Dundalk’s name in European Football folklore as the first to do so.

Even though it will take a monumental effort to achieve this, it is one challenge this group of players won’t fear in the slightest.

A victory on Thursday night would be a spectacular result and it would also give the Irish side a great chance of qualifying as the Dutch outfit face the very much fancied and runaway group leaders Zenit St Petersburg.

A score draw is the only other outcome that could possibly seal the Louth side’s place in the knockout stages - providing Zenit beat AZ.

Stephen Kenny’s men will once again go into a European game as underdog’s; however it is a tag that does not seem to faze this group of players, especially considering the fact that the last time these two sides met the odds were once again stacked against the home side who went on to claim a famous 1-0 win. Ciaran Kilduff’s 72nd minute winner sparked wild celebrations in the Tallaght Stadium and the Lilywhite army will hope the man from Kilcock can repeat his heroics this time around.

The lack of recent game time (18 days) was seen to be one of the possible reasons for Dundalk’s slow start against the Dutch outfit who capitalised on this with a goal in the 9th minute.

This only emphasised how much the reward for being the country's best club side by making them play a match basically every other day.

That match was in the fact the side’s 61st game of the season in all competitions.

Stephen Kenny however has done his upmost to rectify this by organising a friendly against the side’s cross-border neighbours and Northern Irish First Division leaders Warrenpoint Town on Thursday last.

A comfortable 4-0 win with the goals coming from Ronan Finn, Kilduff, Brian Gartland and an OG will no doubt fuel the team with confidence.

One notable flaw about this friendly however, has to be the large gulf in class between the two sides but we will have to wait until Thursday to see if the run out did actually benefit the team against Israel’s most successful club team Maccabi Tel Aviv.

Another blight in last Thursday’s friendly was just after the hour as Dundalk’s ever present workhorse Chris Shields limped off holding his hamstring.

It is unknown yet the full extent of the injury, but the Dundalk faithful will have their fingers crossed he will be available for Thursday’s game. Other than Shields, Stephen O’Donnell remains Dundalk’s only other doubt for the game as he is still battling with ongoing injuries.

While Dundalk organised friendlies to get up to match speed, the Israeli Premier League’s season is in full flight, with Maccabi Tel Aviv currently experiencing what some people associated with the club have described as a 'crisis'.

“I’m not going to lie, this hasn’t been a very good time for the club. The last ten games we have not looked good, but at the end of the day we will get out of this together as a club.”

On top of this, they haven’t scored a goal in their last five games, with many of their supporters calling for manager Shota Arveladze’s head.

This current run of bad form for the Yellow and Blue’s will no doubt be music to Stephen Kenny’s and his player’s ears as they look to impose more misery on the Tel Aviv faithful.

A side packed with internationals including Premier League veterans Tal Ben Haim and Yossi Benayoun who have 188 international appearances between them and who also have a far greater European pedigree, cannot be taken for granted regardless of their current form and therefore they understandably head into the game as favourites.

The Netanya Stadium will play host to the game on Thursday,

Maccabi’s temporary home as their beloved Bloomfield Stadium (The Temple) is being upgraded.

The 13,800 capacity stadium’s big field and warm weather conditions should suit the away side’s slick style of football, but Tel Aviv will no doubt pose their own threat in front of their home fans.

'The City that never Stops' will play host to a game between two evenly matched sides who both need goals to stand any chance of progression to the Round of 32.

It is in this city that Dundalk FC fans and players alike will be praying that their European Adventure won’t stop.