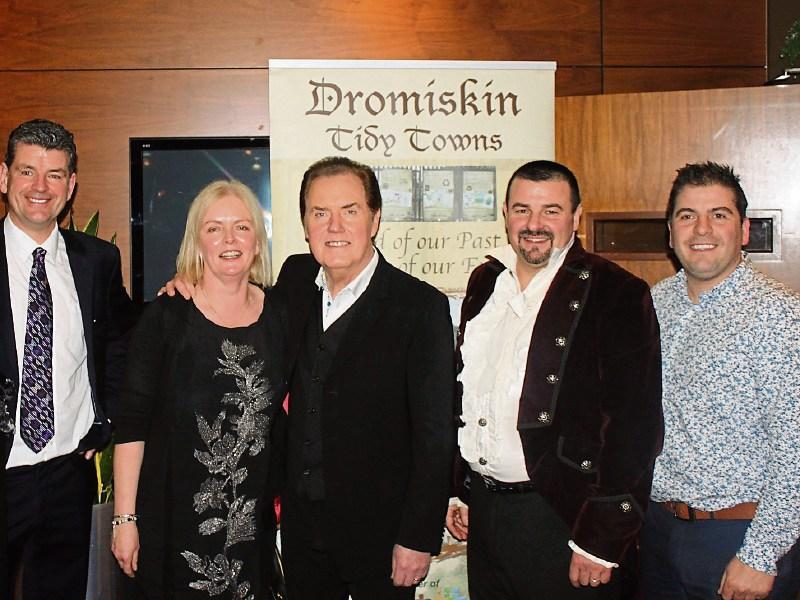 Red Hurley is not just a great singer. The man has a wonderful sense of humour. During his concert for Dromiskin Tidy Towns at the Crowne Plaza, he recalled his early days with the Nevada showband and playing at The Adelphi ballroom in Dundalk.

“One Easter Sunday night,” he said, “there were three different fights on at the same time and nobody knew. Those were the days.”

There were no fights in the Crowne Plaza because everybody was enjoying the show.

It was in The Adelphi that Red sang his first hit 'Sometime You Make Me Cry', the first of ten No 1 hits, and the voice is still great after all these years as those who enjoyed the Crowne Plaza concert can testify.

And there is no better cabaret artist around to get a crowd going.

“i would like to hear the newly formed Crowne Plaza Dundalk choir singing. I'll do the verse, you do the chorus,” he said.

And that's exactly what happened.

Then he told all the women just how great they are and how much we men depend on them, before singing an old Bachelors number, 'I Believe'.

Like I said: this man has a sense of humour.

And he kicked off the Christmas too with 'So this is Christmas' on the exact anniversary of John Lennon's death, the more spiritual O Holy Night and finished with a duet with Eugene Ginty 'How Great thou Art'.

Eugene Ginty and Sarah Redden performed in the first half of the show.

And what a performance, everything from The Phantom of the Opera, and The Pogues and Kirsty MacColl's Fairytale of New York to The Drinking Song from Verdi's La Traviata.

This show had something for everyone. It was a superb night's entertainment, thanks to the performers, Dromiskin Tidy Towns and the great raffle sponsors.